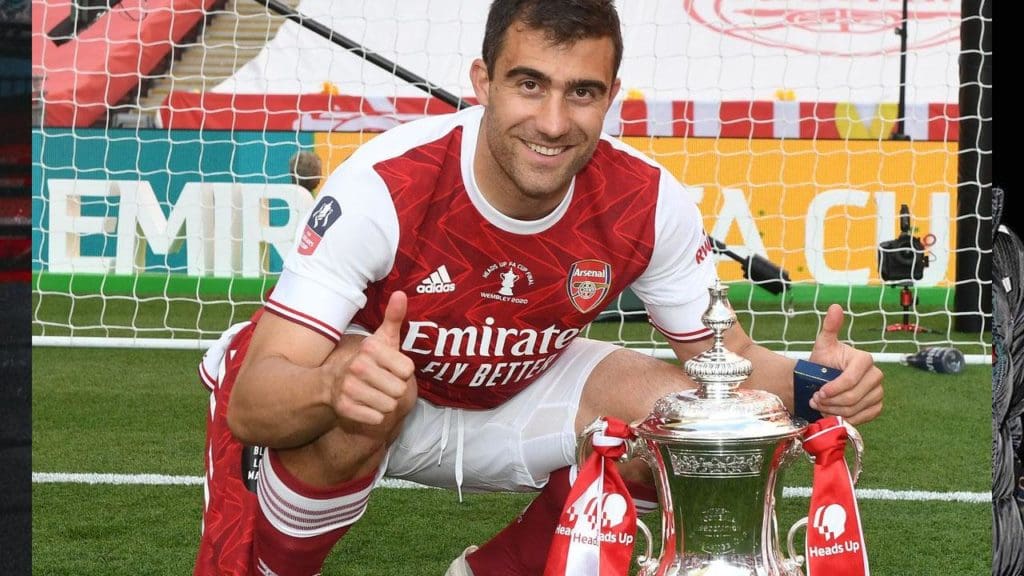 Napoli are believed to be searching for quality additions in their backline amid a possible Koulibaly’s departure to Premier league side Manchester City. Talks have said to be ongoing between Manchester City and Napoli, concerning the Citizens’ interest in the 29-years-old Senegalese international defender.

While Napoli have also been reported to be strongly after Lille OSC centre-back Gabriel Magalhães, who is probably having his Arsenal medical as we speak.

Sokratis became an instant influence at Arsenal, thanks to his vast experience. He was mostly partnered with Koscielny but his input was obviously instrumental in Arsenal’s defensive solidity.

Unfortunately, the Greek have had a relatively low game time since Mikel Arteta took over Arsenal’s managerial position in December 2019. He has sparingly made some cameo appearances, while surprisingly featuring at the right back position during Bellerin’s absence.

Mikel Arteta’s style of play is known to favour a ball playing centre-back, who could comfortably start an attack from the defense with an intelligent forward pass.

Sokratis isn’t obviously suited to such style of play, like the saying goes; “you cant teach an old dog a new trick.”

The former Dortmund defender has found it difficult to blend into such system, hence, he continued to be on the bench, given the fairly impressive David Luiz and Shkodran Mustafi partnership.

In April, Nico Shira reported that Sokratis could leave Arsenal this summer, as he was already considering several options at that time.

Considering Napoli’s serious push for his signature, this summer looks much likely to be his last, as an Arsenal player.

Gabriel Magalhães have agreed a five-year deal with Arsenal
Louis Saha: Giroud will be unfazed by Werner’s signing
To Top