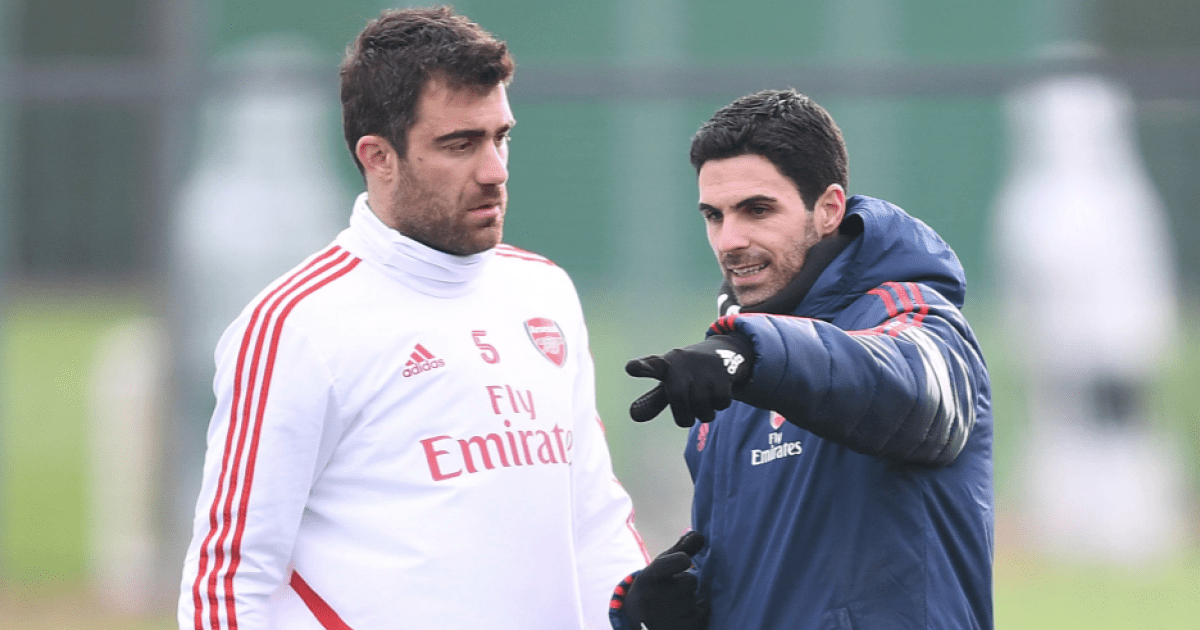 As per Football.London, it was reported a while back that Arsenal manager Mikel Arteta doesn’t consider Sokratis to be in his plans going forward, which was evident as the Greece international defender only made a single appearance since 18 January.

Due to injury and not being worthy for selection, Mikel Arteta has understandably favoured other options at the defense save Sokratis.

As per Tutto Napoli via Daily Cannon, Arsenal are said to have agreed a deal with Serie A outfit Napoli and it’s becoming likely that the defender will make a return to Italy next season, after his previous stint at AC Milan.

The transfer is reported to be around £4.03million (€4.5million) and it’s believed that the 31-year-old defender will receive €2.5m-a-year in wages on a three-year contract.

He have been on Arsenal’s book since 2018, after being with Dortmund for five seasons. Sokratis have grown to be a quality defender considering his vast experiences while playing for AC Milan, Dortmund and Arsenal.

Napoli recently lost the race to sign Lille OSC defender Gabriel Magalhães, with Arsenal once again being favoured over the Italian side after some past rejections which has seen Bernd Leno, Lucas Torreira, Nicolas Pepe and now Gabriel Magalhães preferring to join Arsenal this summer.

Napoli’s head coach Gattuso sees Sokratis as a good addition at the backline considering their possible sale of Koulibaly, who has been rumoured to have agreed personal terms with Manchester City.

Though a transfer fee is yet to be accepted by Napoli for Koulibaly, but that doesn’t seem too faraway from being resolved, as Manchester City looks desperate to conclude the deal before the league begin.

With the Italian outfit set to lose their most reliable and assured defender to the Citizens this summer, the deal for Sokratis might be finalised and announced in the coming days.