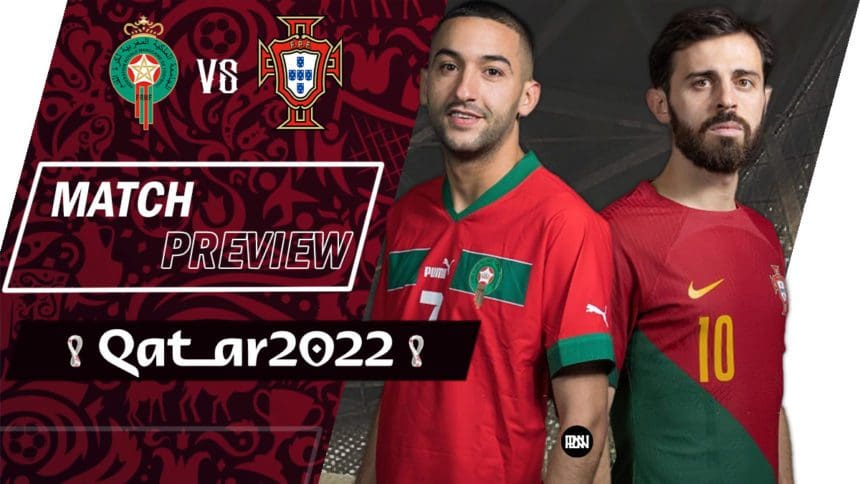 We are into the climax of the 2022 FIFA World Cup and a place in the semi-finals beckons for one of Morocco or Portugal. Morocco are the surprise package this time around and will face a Portugal side full of confidence after their 6-1 rout against Switzerland. Walid Regragui’s side are one of the four unbeaten teams in this tournament and have conceded only once despite facing the likes of Belgium, Spain, and Croatia.

Portugal, on the other hand, have one of the strongest teams, but there was always a missing element when they took to the pitch. But those doubts have been banished as Fernando Santos dropped their talisman – Cristiano Ronaldo and the team looks fluid with a newfound belief with Bruno Fernandes and Joao Felix grabbing the headlines. This game will test how far Portugal have come since their disappointing Euro 2020 campaign.

After giving it their all against Spain, Morocco have a few injury woes, with Nayef Aguerd carried in a stretcher in the extra time. Captain Romain Saiss also looked have pulled his hamstring, while Sofyan Amrabat started the game despite having back problems. Nevertheless, this is Morocco’s biggest game in their history and all three players will be hoping to start.

All eyes were on Cristiano Ronaldo’s omission, but it immediately shifted to Goncalo Ramos, as the Benfica man scored a stunning hat-trick on his first World Cup start. Ronaldo could be dropped once again, while Diogo Dalot could also maintain his place ahead of Joao Cancelo in the right-full-back slot. With Danilo’s injury ruling him out of the World Cup, Pepe and Ruben Dias are set to start in defense once again.

Portugal look like they have found a new lease on life with Ronaldo giving way for Ramos. They immediately looked better, with fluid movements and high pressing, and it showed in their performance against Switzerland. Perhaps it was very well known that Ronaldo’s inclusion could hamper Portugal’s talented stars, but Santos dropping him in the knockout stage of the World Cup shows they are ready to compete for the ultimate prize.

Starting from the left, Felix was given a free role and performed superbly, while Fernandes ran the show from the right side. Bernardo Silva and Otavio once again orchestrated proceedings from deeper areas, often popping up everywhere around the pitch. And the finishing touch was provided by Ramos. It was a complete performance and Portugal go into the tie as the favorite.

Spain could not score past Morocco’s 4-1-4-1 shaped medium block. Their organization, combined with their effective work rate, has restricted three European footballing giants. With Ziyech, Boufal, Hakimi, and Mazraoui on the flanks, don’t be surprised if they show their ability on the transition. It will be a big test for Portugal and certainly an interesting matchup.

Premier League stars to watch out for

For Morocco, Hakim Ziyech is the player to watch out for. The Chelsea star has struggled to get regular minutes for his club but is a vital part of Regragui’s plans. They have struggled to create chances, so the onus will once again lie on Ziyech if Morocco are to reach the semi-finals of the World Cup.

Portugal have Premier League stars from both the Manchester clubs. We looked at Bernardo Silva’s brilliance last time out and this time our player to watch out for is Bruno Fernandes. Fernandes has been in fine form this tournament scoring and assisting twice, while also creating several clear-cut chances for his teammates. He will be the key to breaking Morocco’s defensive block. Diogo Dalot is another player who has impressed the Portugal faithful and his style of play suits Santos’ team. 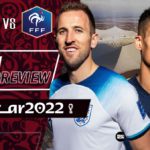