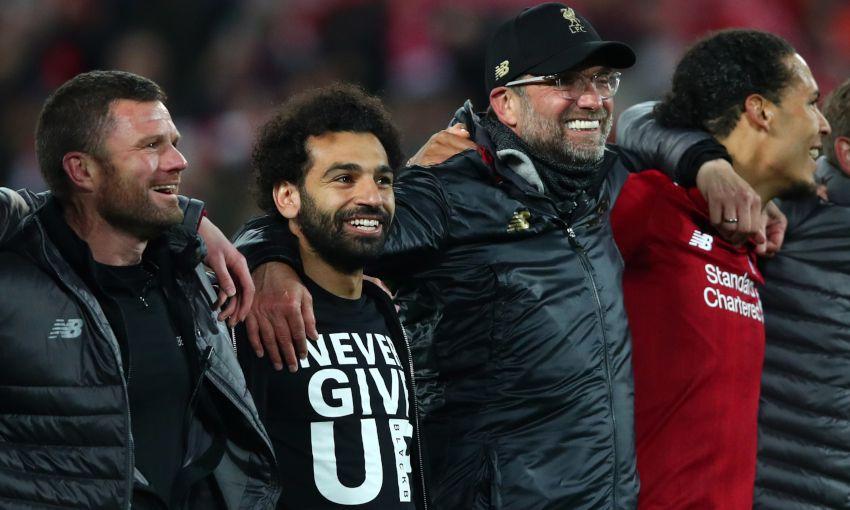 Liverpool’s superstar, Mohamed Salah is desperate to score in the final as he could only play for thirty minutes of the last year Champions League final against Real Madrid due to shoulder injury only after veteran defender Sergio Ramos dashed him and hence Liverpool’s team was doomed to 3-1.

Mohamed Salah in his words :

‘’ I am so happy that I have the chance to play another final. I hope I can play the full game this time.’’

‘’I am very excited for that. I hope we can right what happened last season, get a good result,and win the competition.’’

Salah’s patience has waited a whole long one year and his longing to make goals count for Kloop will be crucial for Liverpool ,to become Champions this time despite losing last year, and also a threatening note to Tottenham Spurs. Salah achieved the prestigious golden boot in English Premier League season.

This time, neither dauntless Real Madrid stand in their chance nor there’s furious Sergio Ramos to tackle him. The chances of Liverpool claiming the title seems higher with Salah’s desperateness to bring glory for team.

In addition to Salah’s winning-desire, Roberto Firmino returning to the team ,after recovering an injury , will put some heavy burden on Pochettino to plan vigilantly and strategise something exceptionally surprising to lift the trophy.