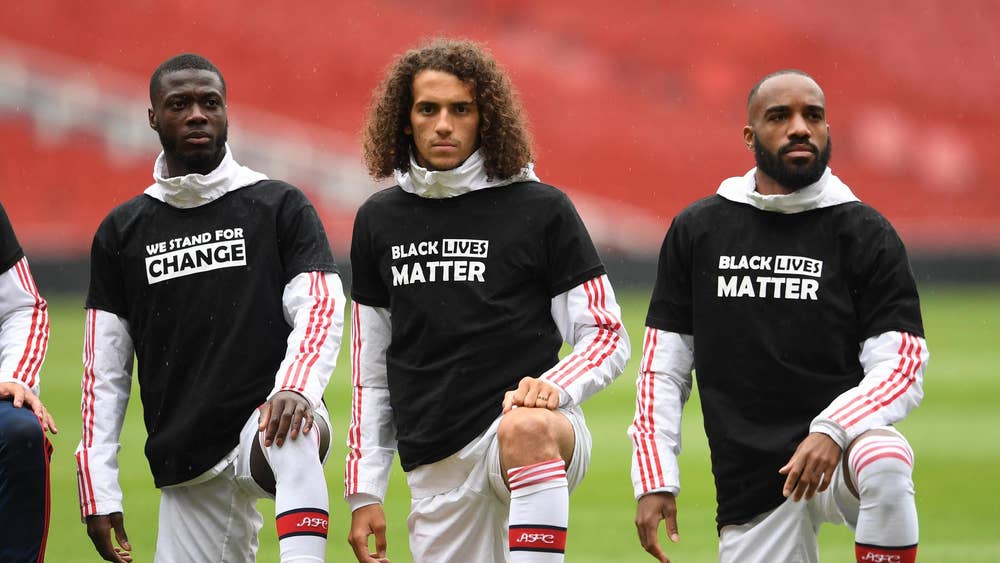 Arsenal manager Mikel Arteta has revealed that he is very proud of the players for instigating sport to the Black Lives Matter protests and taking a knee for the same.

Players from various sports around the world have shown their support for the Black Lives Matter protests, including the likes of Raheem Sterling and Tyron Mings from the Premier League. Yesterday, Arsenal faced Brentford in a friendly game prior to the restart of Premier League. Arsenal players wore a t-shirt during the warm-up displaying different messages related to the matter.

Arsenal defender Sokratis wore a shirt which read: ‘Silence is violence’, while Aubameyang who was pictured training beside wore a shirt that said: “I stand with you”. Arteta went alongside the players and took a knee in support of the movement. He revealed that his players were behind the decision to wear specially-made t-shirts for the cause.

“The thing that I like most is that it came from them,” Arteta said.

“I got a phone call from the captain asking to do that, I spoke with the club straight away and we were very clear that we wanted to support their intentions, everyone collaborated, we created the shirt.

“It was a really strong message and it is more powerful because it comes from them. They think they have to support these types of causes.”

Arsenal lost their friendly game 3-2 against the Bees despite lining up with a strong team. Joe Willock and Lacazette score the goals for the Gunners while Tarique Tosu, Halil Dervisoglu and Shandon Baptiste scored for the Bees. Here are the highlights of Arsenal’s loss against Brentford.

Liverpool thrash Blackburn Rovers in warm up game ahead of Premier League return
Transfer windows to be opened before the current campaign ends, FIFA announces
To Top