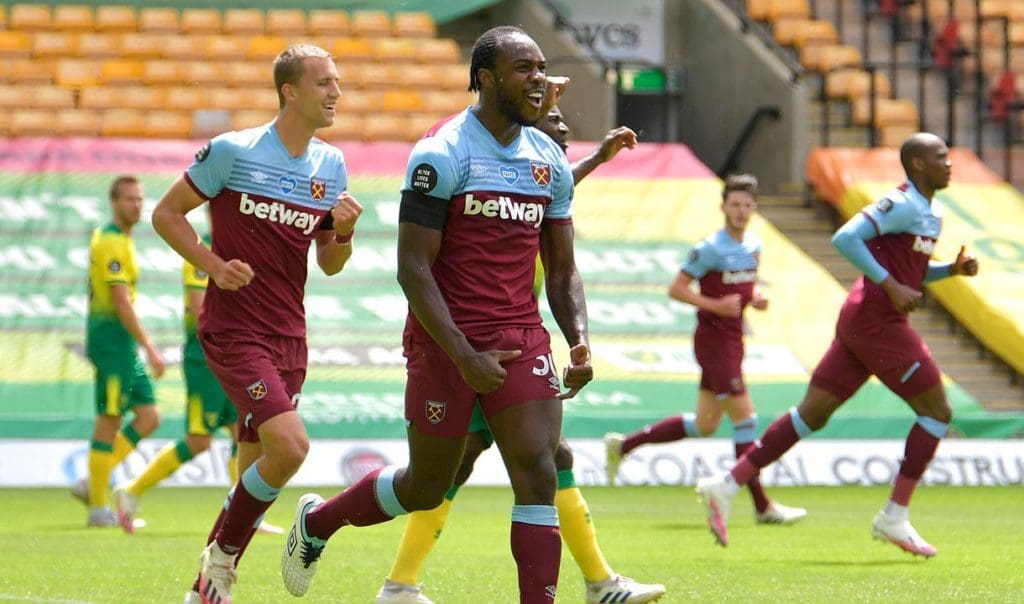 We are about a year and a half away from football’s biggest event- The World Cup, which will be hosted by Qatar in the winter of 2022. As we approach the mega event, each and every top-flight player will be hopeful of wearing its nation’s badge at football’s biggest festival.

Various players who can opt to represent multiple nations have a decision to make as to which nation should they opt for. Usually, such decisions are decided based on factors like personal interests, squad competition, first-team chances, etc. Most recently we witnessed talented Bayern Munich midfielder Jamal Musiala pick Germany over England as his national team preference.

Another nation switch that we might be witnessing soon is West Ham United center forward Michail Antonio, who according to The Telegraph is willing to accept a call-up from Jamaica.

Antonio has been called up for the Three Lions twice, but has not been capped yet. When Sam Allardyce called Antonio to the national team, he was an unused substitute. Most recently when current England manager Gareth Southgate called Antonio up, he had to withdraw due to an injury.

Now, with Antonio entering his 30s and facing stiff competition from a range of younger center forwards, such as Bamford, Watkins, Wilson, Abraham, Ings and more, Antonio’s chances of making it to Qatar in 2022 seem extremely bleak.

MUST READ: How Aaron Cresswell has become crucial for this West Ham team

Nonetheless, the West Ham center forward has impressed this season with nine goal contributions in 16 games, playing a crucial role in the Hammer’s race of European football next season.

Jamaica had previously approached Antonio but the Hammer turned the offer down as he wished to represent the Three Lions instead. Now with Antonio desperate to play the 2022 World Cup and his England chances looking bleak, we at Premier League News Now definitely see this nation switch happening.

Does Gareth Bale have a glimmer of hope of turning round his tumultuous second stint at Spurs?
What has gone wrong for Alexandre Lacazette at Arsenal with a move to A.S Monaco on the cards
To Top