The talk of the town definitely, as we enter the new season, is Lionel Messi being a free agent. As per his outdated contract, Messi is yet to sign a new deal with Barcelona. But to register Messi and new signings like Aguero and Depay, the club need to massively cut down their current expenses and thus could be forced to sell players. One branch of this news states that Barcelona are willing to offer Antoine Griezmann to English clubs.

According to La Liga’s salary packages, the Catalonian giants will not be able to register Messi, Aguero, and Depay as free agents. The club is already in a state of crisis and are still paying hefty wages to stars like Griezmann, De Jong, and Dembele. Now to register the new signings they have to work out ways to manage the finances. None of the current players are ready to negotiate a wage cut and thus the club is now looking to offload players. The first name in attacking third to be short-listed is the Frenchman Antoine Griezmann. He is believed to be at a weekly wage which is over 800K a week!

Also, the Frenchman has not been at his best since switching from Atletico Madrid and thus Barcelona are really interested to offload the French attacker for a good price. According to reports, the club has planned a meeting with English clubs next week where they offer Antoine Griezmann knowing the fact that both the finalists of the Champions League need an attacking threat up top. But with City more likely to get a deal for Kane, Chelsea looks a viable option as they have not made any advancement with Haaland yet.

Chelsea are in desperate need of a striker who can complete the plenty of chances created, unlike last season. They need a poacher who can register 25+ goals next season and they could really be interested in a deal for the World Cup Winner. Griezmann for many seasons has been averaging this goal tally in the Spanish League but does he fill the role Chelsea are in need of?

Chelsea need a Complete No.9 who not only helps in link-up but also be the target in the box. Griezmann, however, likes to play ore on the wings and is not the most physical man to cherish as a striker in the Premier League. Thus, the deal does not look likely and Chelsea will definitely not push as they also have to look at the wages as the Frenchman currently earns more than 800K a week, which Chelsea for sure not offer.

But looking at the other side of the coin, Griezmann could be the alternate short-term plan for Chelsea if they were to miss out on Lukaku and Haaland. Griezmann brings the experience in the squad that Chelsea’s attack definitely lacks all the more with Giroud’s exit now certain. Getting Haaland or Lukaku definitely is nothing near certain and thus Chelsea needs a player who could slot in for Giroud till the next window when they can eye up a No.9.

So, having Antoine Griezmann as an option isn’t the worst of things for Chelsea, and can definitely get the Frenchman on a reasonable fee considering how bad Barcelona wants to get the wages free. 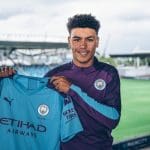 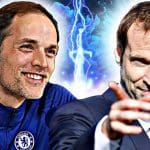