Raheem Sterling and Paige Milian have been in a relationship for long-term since meeting each other.

The Manchester City star revealed back in 2018 that Paige was his fiancée. Paige and Sterling first met when a young Sterling was plying his trade for English side Queens Park Rangers.

Despite going through many challenges during their time together, the couple have stayed strong battled over these issues. There were some notable reports that the City star had been cheating on Paige but that has been something of the past. And these trying times have been a solid foundation for their even stronger relationship at the moment.

Born on July 25, 1995, Paige Milian is 25 years old and has her zodiac sign to be Leo. She hails from North London, making her an English but her parents are reported to have a Caribbean origin.

The 25-year-old works as a manager of Colossal Sports Management while she also owns the Milian Property Group.

Paige Milian is a very social person and likes to be active on the networking platforms, boasting over 78,000 followers on Instagram. Photos of her family as well as cute snaps of herself and Sterling are normally what she shares on her page.

The couple have two children, Thiago Sterling and Thai Sterling born in 2017 and 2019 respectively. However, the England international had already given birth to Melody Rose Sterling, a child with his ex-girlfriend Melissa Clarke. 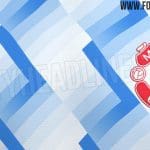 Manchester United away kit for 2021/22 season LEAKED!!
Next Article 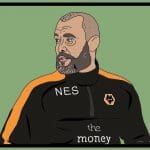 Why Wolverhampton Wanderers are struggling this season
Leave a comment