France & AC Milan defender Theo Hernandez will have Zoe Cristofoli gunning for him from the stands at the World Cup 2022 in Qatar – as we look beyond the veil of another star expected to shine at football’s most elite of tournaments.

Falling in love over dinner with a mutual while she doesn’t reply beyond supper and you pursue her with all your heart and soul which eventually pays off – straight out of a movie, innit? Well, that’s a brief narrative of how Theo Hernandez met Zoe Cristofoli and how things unfolded between them. Theo met Zoe over dinner with a friend in June 2020 and his heart skipped a beat and was persistently pursuing her with endless Instagram DMs that led to nothing… until one day, one day when Zoe said yes to a night of dinner and dancing and the pair haven’t looked back since.

Now let’s take a walk through Zoe & her life. Zoe Cristofoli was born on September 5, 1996 – though she was raised mainly by her mother following her parents splitting up when she was still young. She has a humble upbringing and had to fight through a lot to be where she is. It started with a few low-paying jobs where she get her hands around babysitting, waitressing, and even working on motorcycles as a mechanic. Though, she is a perfect example of – when you work hard and grind overreaching for the stars, things will eventually work out for you. She now owns a tattoo parlour in Turin named Ink Studio Lagrange, something she is really passionate about and was a childhood dream of hers.

On the working end, Zoe Cristofoli has careers as a model, a fashion blogger, and even an influencer via. Instagram where she boasts over a million followers. She got her break as a model when she featured on the cover of En Vie in 2015 which was followed by an appearance in Omar Pedrini’s music video in 2017. Zoe also gigged as a DJ for a while. 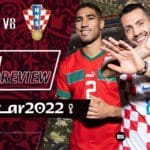