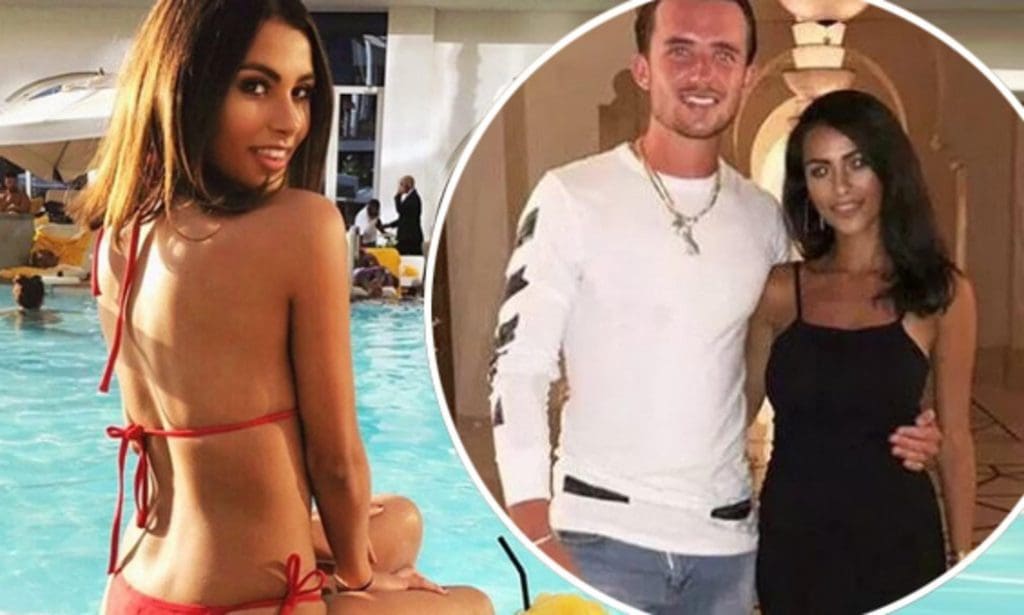 Just so you know: Joanna Chimonides has 693k followers on Instagram while Ben Chilwell only has 275k followers. So I would rather mention Ben Chilwell as Joanna’s ex but since we are restricted to the world of football, I’ll introduce you to Chilwell’s ex-girlfriend who is also the star of LoveIsland 2019.

Joanna is a 22-year-old girl based from London who dated the Leicester City full-back last year until the footballer decided to dump her in light of being single and staying focussed on his career.

The London girl had a short stay at Love Island but certainly caused a lot in such a short span. A super sub performance if I were to say. She took the reality show by surprise after stealing Michael Griffiths from famous Amber Gill. Before entering the Love Island in Casa Amor week, Joanna used to work as a recruitment consultant. According to a source, Joanna broke up with Chilwell but were still friend until she joined Love Island.

A source told The Sun Online, “Ben has been left furious by her going on the show even though he dumped her at the end of last summer because he wanted to be single.”

“They had stayed good friends until when she told him she was going on Love Island.”

“She thought Ben was partying too much and he thought she was the right person at the wrong time.”

Joanna has a sensual figure whose testimony is the number of followers she has on Instagram. She constantly engages with her followers and entertains them with her jaw dropping pictures.

She is some who believes in true love and said: “The perfect guy to me is someone who will give their all in a relationship and someone who has got a bit of banter and who is selfless.”

Don’t worry we’ve got you covered:

Here are the social media handles for the ones who want to see Joanna:

And Here are some pictures of the amazing Joanna Chimonides:

Can Timothy Castagne fill in for what Leicester lost in Chilwell?

Leicester City closing in on a deal for Cengiz Ünder

Can Timothy Castagne fill in for what Leicester lost in Chilwell?

Dele Alli Replacements which Spurs should be interested in signing

Will Ruben Dias sure up the Manchester City backline?

How can Liverpool lineup against Arsenal? | Premier League 2020/21

A quick dive into Bale’s return to Tottenham

Should Arsenal continue their pursuit for Houssem Aouar

What Diogo Jota brings to Liverpool

How Thiago fares against his fellow teammates

The resurgence of Patrick Bamford