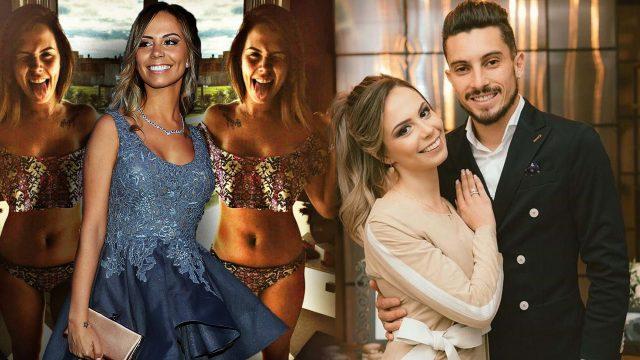 Undoubtedly one of the best left-backs in the world for the last few seasons, Alex Telles secured a deadline day transfer to Manchester United this summer.

After four years with Porto, the defender decided to opt for a new challenge where he will put on infamous Manchester United jersey. And united fans, let us dive into his better half – Priscila Minuzzo.

After years of dating, Telles tied knots with Priscila Minuzzo in 2018. The pair were in a relationship for almost six years before their marriage.

Minuzzo who was born in Caxias do Sul, Brazil on December 3 (1993) will turn 26 this year. Not many poses such attributes but Priscila Minuzzo has a big heart which moves her to show support to the people in need.

She is a co-owner of the Fluencia Hip Hop House, an organization that talks about social transformation and emancipation. The foundation assists kids, teenagers and young adults who are from poor families to help gel into the society. Break dance, graffiti, DJ-ing and MC-ing are ways through which they help the above mentioned people. Per reports, over 70 people have had the chance to benefit from this initiative.

For a person of this nature, Priscila is also an active person social media platforms and has over 5K followers on Instagram, however, her account is a private one. She also boasts of an account on Twitter.

A butterfly tattoo on her back is one of many on her body, but most of them feature on her left arm and on her upper chest.

The rising importance of Centre Backs in the modern game

How can Spurs lineup against Chelsea? | Premier League 2020/21

What is set for Olivier Giroud’s future?

What can Burnley expect from Richard Nartey?

Is Wolves’ summer business a cause of their attacking woes?

Is Harry Kane ‘The Best Striker’ In The World Again?

The Southampton system that is doing wonders this season