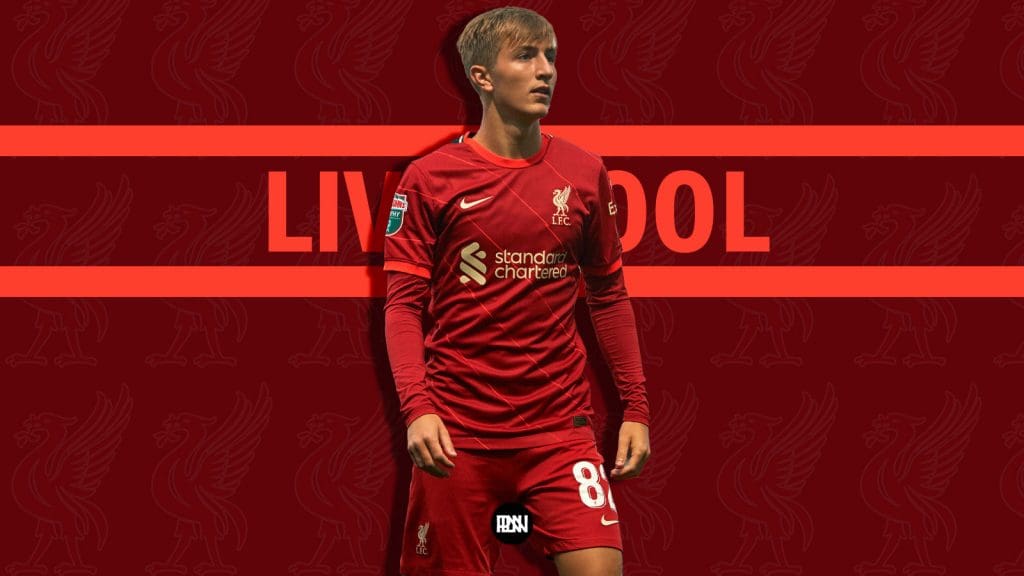 Max Reuben Woltman is an 18-year-old forward who plays for the Liverpool U23 side in the Premier League-2 division, and has also made his presence felt in Klopp’s scheme of things.

For all those of you who do not know about this young sensation of the Reds, who is being talked of a lot recently, well this article might help you. Well, to begin with Max Woltman was born in August 2003, in Wirral- a metropolitan borough/county in Merseyside, in the North-west of England. Being somewhat a local to the Liverpool region, Max joined the Liverpool youth academy in early 2010, when he was just a wee 7-year-old.

From a very young age, the English youngster showed promise, and he soon rose through the ranks of the youth teams to finally join the U18 side back in 2020- he was just 17 years old. He was just developing into one of those rising superstars, who have a bold way of taking on challenges.

In his breakthrough season (2020/21), for the Liverpool U18s, Max scored 13 goals and assisted 7 more in just 28 games that he played in across all the competitions. His contributions for the U18 side last season helped Marc Bridge-Wilkinson’s side reach the final of the FA Youth Cup. Soon, Max was promoted to play for the U23 side, in the summer of 2021. And from there on in, a new chapter in his career started.

This season, Max has been in the thick of things for the Reds at the U23 level. The Wirral-born attacker has scored 9 goals, along with the 4 assists in just 30 games across all the competitions. However, 5 of those total 13 goals (3 goals and 2 assists) that he has contributed this season, have come in the 7 UEFA Youth League games that he has played in.

Unlike his teammate and attacking partner, Oakley Cannonier, Max Woltman is more of a deep-lying attacker. And in the modern-day, such players are highly regarded as are the complete no.9 strikers or the more explosive ones in the form of nine and a half.

In an interview with Liverpool Echo, the 18-year-old was quick to point it out that he likes to model his gameplays on both Bobby Firmino, as well as Harry Kane. “I like playing number nine as I feel it gives you a bit of freedom to run in behind and get the ball to feet. That’s where you get all the chances too.”, he said.

Max’s rise at the Merseyside club has not gone unnoticed, and why not?! I mean, the boy from Wirral has constantly shown it through his performances at all the levels, and now he has even shown it while playing in the first-team squad on the senior level. Yes! He was leading the attack for Klopp’s side, in the match-up against Shrewsbury Town in the FA Cup back in January.

Great to see Max Woltman leading the line for Liverpool today. Boyhood fan, been with the club since age of six and has done brilliantly for the U23s and U18s.

Excited to see Kaide Gordon too, a huge talent, one who will relish a full Anfield I’m sure. #LFC

Jurgen Klopp also handed the youngster some minutes in the Champions League, against AC Milan. And as the days keep on passing by, it is the German Gaffer who has to make a decision on the youngster’s position in the squad. The new season will commence in August, and the Reds will be playing their pre-season friendlies in the month of July- while also facing City in the Community Shield on the 30th of July.

Whether Woltman fits in the scheme of things or not, in the next season, it is the question for another day. But, a player of his talent is surely a priced possession for Klopp and co. if anything else!

Norway Women just announced their Euro 2022 squad, so who are they taking with them?
Oliver Skipp is fit & ready to play in the pre-season for Spurs under Antonio Conte
To Top