Sometime ago Aston Villa announced the signing of the very talented and versatile Matty Cash for a fee in the region of around 16 million pounds. While this transfer may not have caught that much flame but let us see what Matty Cash bring to this Aston Villa side.

Matty Cash, the 23-year-old right-back, who played for Nottingham Forrest until last season scored 3 goals and clocked 5 assists in 42 games. While these may not be the best of stats considering the new breed of full-backs but they certainly aren’t bad, and the lad deserves some credit.

He is a technically sound footballer who is also very comfortable in possession of the ball and fancies himself a good dribbler despite being in the defence. Some of his dribbles in the last season will remind you just a bit about Andy Robertson, but apart from that, he is a bit of an unconventional, full back.

While it is now generally accepted that wing-backs must be part of the attack the exciting thing about cash is that he likes to cut in and have a crack like any true blood winger rather than play the role of a typical modern wing back who overlaps and crosses the ball in the centre.

He has an excellent eye for goal and can even pull off spectacular shots on occasions. Another added feature is that Matty cash is highly versatile and apart from right-back he has almost played every other position in the midfield.

Before last season he was primarily used as a right midfielder which shows you why he can be such an attacking threat in the team. If appropriately developed he could be a big sensation in the premier league. Did I mention that he also played as a second striker at some part of his career?

His ability to adapt so seamlessly in the right-back position despite playing in several other positions also highlights the fact that he has excellent knowledge and understanding of how the game works as a whole rather than just how to fulfil a meagre role.

With 1.1 key passes per game and 110 tackles in the last season, he proved that not only was he a tremendous attacking threat but also that he could do his defensive duties when called upon and it would be a genuine treat for a manager to coach such a player.

Though Nottingham and Aston Villa are fierce rivals, I sincerely hope that Matty Cash can make a home for himself in Aston Villa. 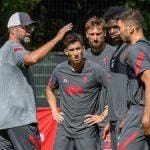 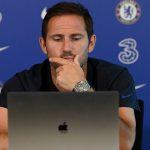 Chelsea injury news vs Brighton: Havertz in line for debut; Pulisic & Azpi to return; Thiago Silva OUT
Leave a comment