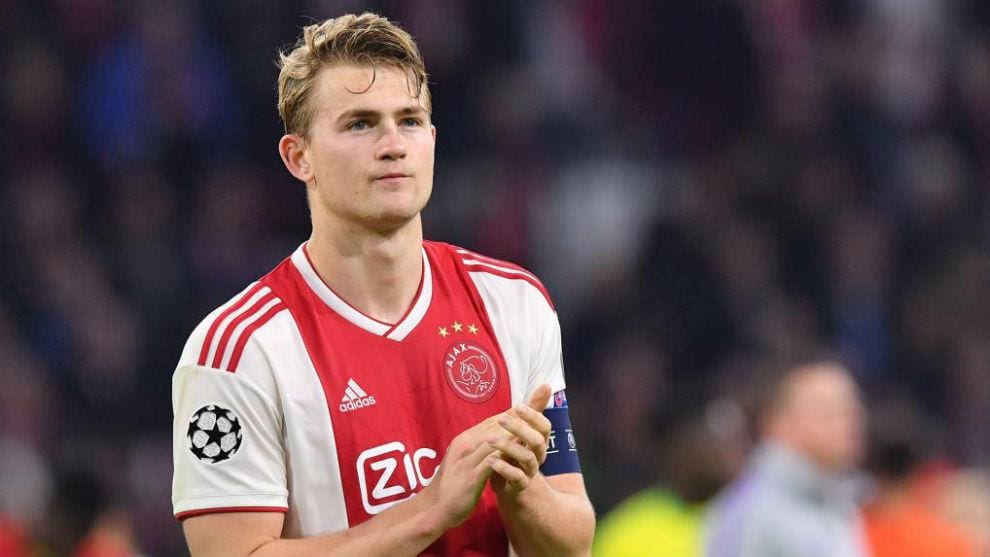 Ajax defender captain Matthijs de Ligt has been linked with a move away from his boyhood club before the inception of the transfer window. The 19 year old teenager guided his team to the Champions league semi final this season and also domestic dominance and glory.

He is being chased by number of Premier league clubs and a deal for the player will be announced anytime soon.

Earlier Barcelona were considered as the supreme contenders to sign the player but his agent Mino Raiola has made things difficult for the Spanish club.

Talking about his future and where he might end up the player told talkSport, ‘Obviously the Premier League is a great competition, but I haven’t made up my mind yet.

‘I’m still looking at what to do.

However, his agent Mino Raiola looks set to have a ban lasting as long as the summer transfer window it remains to be seen if any club are able to secure the signing of the player.