It looks like Manchester City will have the busiest transfer window this summer, already signed Erling Haaland, one of the world’s best strikers already; Pep Guardiola is looking to add more depth to his favourite midfield position. According to the latest reports, Man City are willing to acquire Sporting CP’s ace midfielder Matheus Nunes’ services for the Blues next season. As per the Spanish tactician, Matheus Nunes is already “one of the best players in the world.” Speaking highly of him, Pep admired the midfielder’s intelligence on and off the ball more than anything else. It is rumoured that Nunes is valued at €60 million but, it is highly unlikely that Sporting are going to ask for this sum, as reports from Sporting suggest that even half of the quoted value will be enough to make the club think about his sale.

Speaking about Matheus Nunes and why he can be a terrific addition to an already star-studded midfield:

I understand that most readers might not remember Fernandinho in his Shakhtar Donetsk days or when he newly arrived at Manchester City. Matheus Nunes’ overall gameplay reminds me of him. An agile player who has great dribbling skills along with incredible strength and commendable passing range. If we watch Nunes’ approach in games, he loves to dribble. His dribbling skills might not be as great as young CR7 or Lionel Messi, even Hazard but, he has skills better than most of the midfielders in the Premier League today. Primarily a CM, the Portuguese midfielder has shown his tendency to join the attack, rather than initiate an attack most of the time.

Nunes is a great carrier of the ball and easily dribbles past 2-3 players every time he runs forward. His best ability is to make quick turns as he receives the ball facing his own goalkeeper. The Portuguese international quick turning ability makes it easier for him to get past his instant marker and make way for other players to move high. His game best suits in quickly speeding up the session of an attack. I would say that dribbling is part of his overall game. Very similar to Bernardo Silva’s style of dribbling, Nunes loves to accelerate and yet hold the ball well.

Secondly, Nunes is really fast for a midfielder. He is blessed with a good pace and he knows when to use his pace. A good 1 vs 1 player in midfield, using his pace and trickery, Nunes generally finds clear spaces to move the ball forward. He has enough speed in his boots that managers can even try him at fullback. Nunes averages 31.08 km/h speed per match which is more than the likes of Bernardo Silva, Bruno Fernandes and N’golo Kante. As all these midfielders are known for their fast movements, Nunes could find it easy to settle in the Premier League.

If we look at his passing patterns, he makes most of the passes near the halfway line and on the edge of the 18-yard box. It shows that this player is not the selfish type and knows when to make a pass and when to smartly take on an opposition player.

Speaking of his work rate, he usually lines up as a Centre Midfield player for the club as well as his national team but, he has also been used as a deep-lying midfielder/ playmaker in the second half of this season. Due to this added responsibility, Nunes has been able to bring a balance of attacking and defensive involvements in his game. He usually shifts more towards the left side of the field (same as Bernardo and Gundogan) and has shown a good amount of work rate on both ends of the pitch.

Composure is also an underrated asset he holds. In the 18-yard box, he has shown the ability to find the back of the net numerous times. Targeting the near post, he has found the goalkeeper nose down most of the time. Although he needs to work on his set-piece delivery and long-distance shooting, his ability to finish from close range is an underrated asset of his game. While defending, he has tackled well and won the first ball. He may not be an aggressive tackler like Fernandinho and Kante, but his willingness to wait for the attacker to make the move and react to it accurately adds an extra dimension to his game.

Extra things he could offer Manchester City are his physical attributes. Standing a good 6 ft tall, Nunes can pose an aerial threat and can also win midfield duels. His speed is already amongst the best skills he has. His ability to hold the ball firm and shake his opponent off the ball to win the possession has been praised by his current manager as well.

LET STATS DO THE TALKING

Since deployed as a deep-lying mid for this season, Nunes has still been directly involved in 5 goals in the league this season. His passing range suggests that he is comfortable in long as well as short passing. With 1.2 interceptions, 2 tackles and 5 clearances per 90 minutes, Matheus is decent in his defensive part.

As he loves to dribble and progress the ball, he has averaged 82% pass accuracy while successfully delivering 2 through balls per 90. He has also completed 3.3 dribbles on average. These stats suggest that he fits the profile of current Manchester City midfielders Ilkay Gundogan and Bernardo Silva and may find it easy to settle down in Pep Guardiola’s lineup.

He can be an interesting addition to City’s lineup as he can act as a future replacement for Gundogan, who is nearing the end of his contract at Manchester City along with Bernardo Silva’s unanswered mystery surrounding his future at the Etihad. With the presence of Rodri in the defensive midfield, it is unlikely that Manchester City would be spending heavily for a player to merely cover that position. With reports suggesting Pep’s interest in River Plate’s Enzo Fernandez and Romeo Lavia’s exploits in the EDS; Man City will likely get a young backup player as an understudy to Rodri for the CDM role. Due to these reasons, Pep might feel the immediate need to add a first-team ready playmaker in terms of supporting Haaland and co.

Matheus Nunes could easily fit the profile of a complete midfield package and Pep could utilize him as per the needs. Pep has preferred 4-3-3 and 4-2-3-1 shape this season and Nunes could find his place along with Rodri in that double pivot as well as with De Bruyne on the left of the midfield 3. 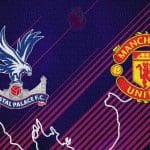 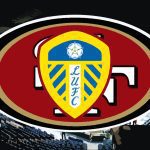