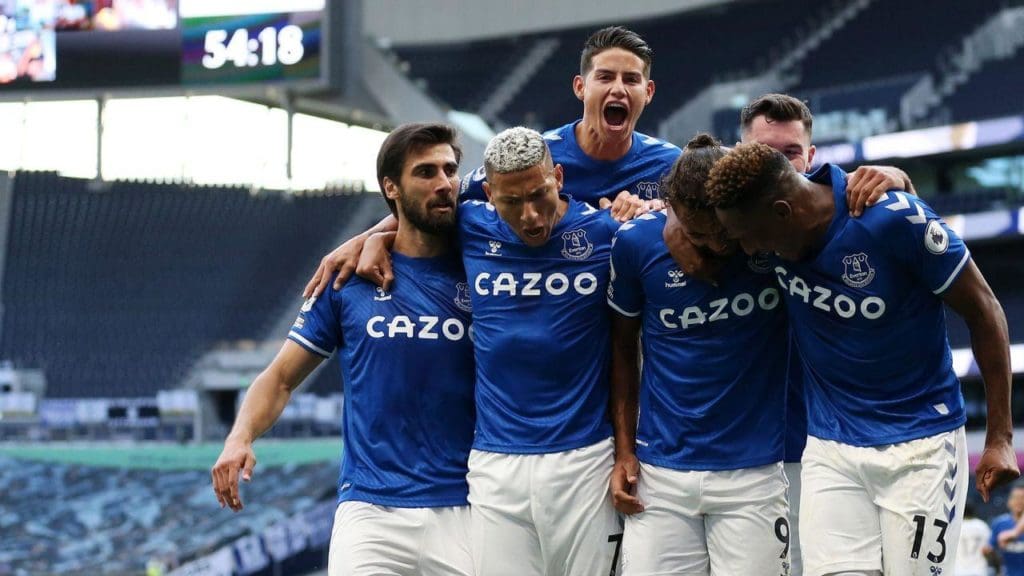 Former World Cup Golden Boot winner James Rodriguez powered the Merseyside club to a victory in his Everton debut, as they ran out 1-0 winners against Jose Mourinho’s Tottenham Hotspur.

It was also Everton first away win in London with the last one coming 18 months ago at London Stadium.

Carlo Ancelotti went for a 4-3-3 formation and it worked to an amazing effect and had the Brazilian winger Richarlison finished his chances, they could won the match by a two or three goal margin.

Dominic Calvert-Lewin’s header in the 55th minute of a Lucas Digne ensured the Toffees came out 1-0 winners in the game.

Majority of the chances came from the Colombian superstar James Rodriguez who provided five scoring opportunities for his teammates, inspite of joining the team just one week prior to start of the new season. This stat was record for debutant going level with Alexis Sanchez who created the same number of opportunities on his league debut.

James per 90 stats against Tottenham Hotspur looked like this:

Even new signing Abdoulaye Doucoure was amazing throughout the match. James believes that these kind of results could attract a number of stars to be come to Goodison Park in the near future saying,

“We can’t afford to be up and down in our performances. It helps obviously when you’ve got a great and hugely knowledgeable manager that we have. The club has proved its intent with the three signings it’s made in this window and let’s hope that, in the next few months, we can show that optimism. Let’s hope over the period of seasons and the next few years, other big names will come in to join us.”

Next up for Everton is recently promoted West Bromwich Albion who visit the Goodison Park on September 19.