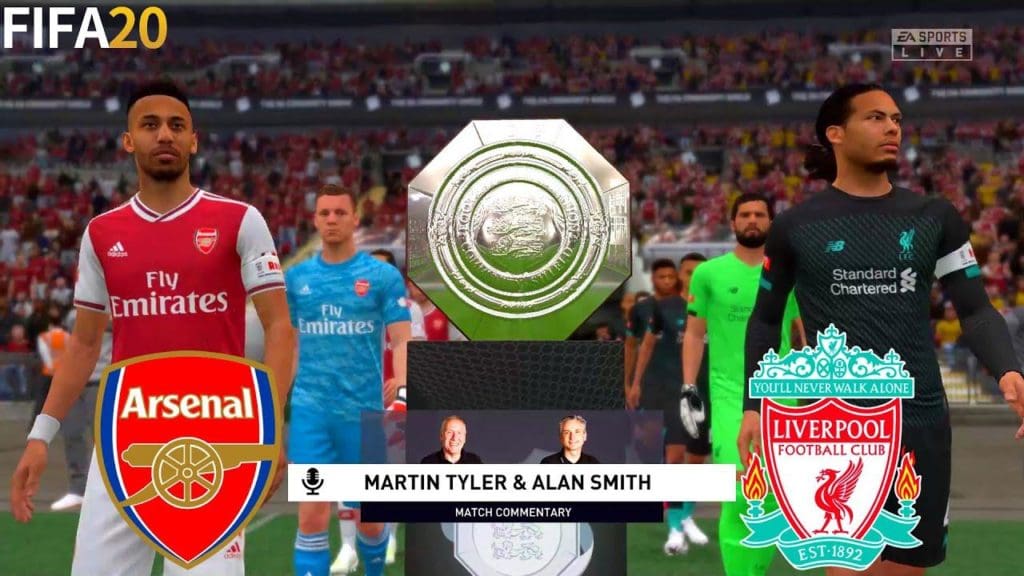 Less than a month after a dramatic end to the 2019/20 English season, Arsenal will host Liverpool at the Wembley Stadium on Saturday for the curtain raiser of the 2020/21 season – the FA Community Shield.

After 30 years without the league title, Liverpool finally broke the duck last season as they won the Premier League League title while Arsenal triumphed over Chelsea in the FA Cup final to set up a fierce battle.

Community Shield has been scheduled in a way that it is observed two weeks to the start of the new Premier League season.

The Gunners will be hoping for a good start to their new season with just 21 days between their last title lifting and tomorrow’s encounter.

Having also put an end to their league hurdles, Jurgen Klopp’s side will be in full force for the game against the north London outfit.

Liverpool were losers in the game last season when they played Manchester City, losing on penalties after playing out 1-1 in regular time. They have already played two pre season games ahead of their encounter with Arsenal, winning one and drawing the other – against Stuttgart and Red Biull Salzburg respectively.

Mikel Arteta’s team have only had one game to prepare towards their Community Shield game, thrashing League side Milton Keynes Dons by four goals to one.

Arteta would be unable to count on the services of Pablo Mari, Shkodran Mustafi, Calum Chambers and Gabriel Martinelli, who are all out injured.

However, new additions William Saliba and Willian will be able to be called upon by the Arsenal boss on Saturday.

For Liverpool, Harry Wilson and Virgil van Dijk are doubtful for the game against the Gunners while Jordan Henderson is also unavailable.

Kostas Tsimikas could also be handed his competitive debut for the Reds.