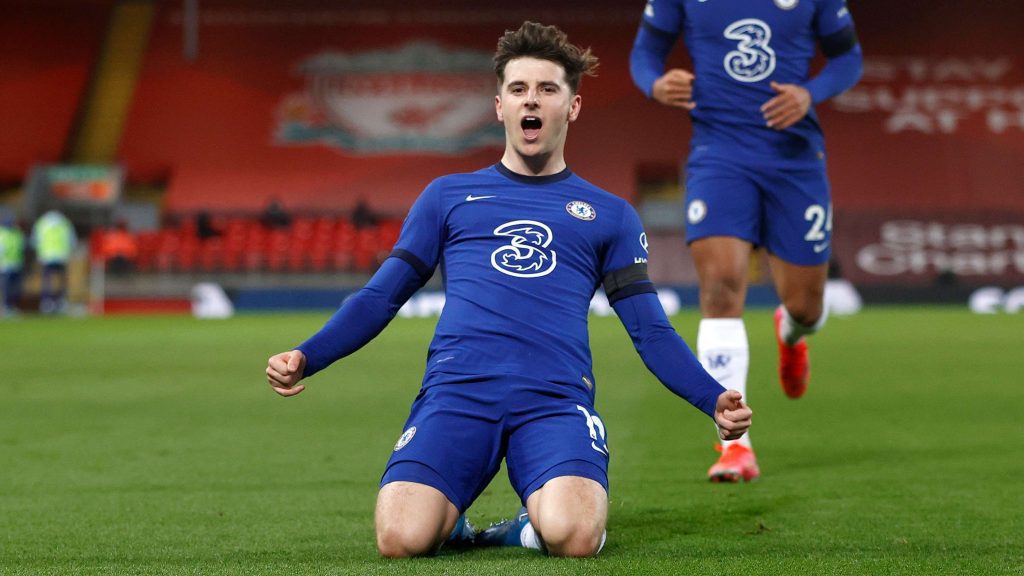 Most diehard Chelsea fans will agree that Mason Mount was arguably the go-to guy for former manager Frank Lampard and this led to multiple sections of footballing fans dubbing Mount as ‘Lampard’s son’.

Right from his time at Derby County and then at Stamford Bridge Mason Mount has played the most games of any player under the legendary Frank Lampard. And when Thomas Tuchel arrived at the club fans wondered whether he would be able to replicate the same form.

And that he did! He scored three goals in 8 league appearances under Thomas Tuchel, compared to two in 18 under Frank Lampard in the 2020/21 season.

5 – All five of Mason Mount’s Premier League goals this season have come away from home; he’s scored three goals in eight league games under Thomas Tuchel, compared to two in 18 under Frank Lampard this season. Opportunity. #LIVCHE pic.twitter.com/aic2xBQ8An

Last night against Liverpool, he slotted the only goal of the match, when he shimmied away from Fabinho and rifled past Alisson as his side moved up to fourth in the Premier League. He took 3 shots with one on target, created 3 chances with 1 big chance and also completed one defensive action along with 84% pass accuracy.

After the game, Mount spoke to Sky Sports and he commented on how important it is for Chelsea to win these big games. The England international explained: “Where the season is at the moment, it’s very tight in the top four and we wanna keep pushing. We’re in and around it and these big games we need to win.

“I think we’ve been on a good run, keeping clean sheets, being good defensively but we’ve not been scoring enough.

“We’ve probably not made enough chances recently so tonight to get the goal, maybe we could’ve had a couple of more, but it was very good to score.”

Yes, Mason Mount is a teacher’s pet but that’s a good thing in his case. It would be a dream scenario for any manager in the world to have a player of Mason Mount’s caliber and dedication added with the tactical intelligence required for the fast-moving modern-day football. There is a lot to come from this young guy, so keep an eye on the future Chelsea captain!