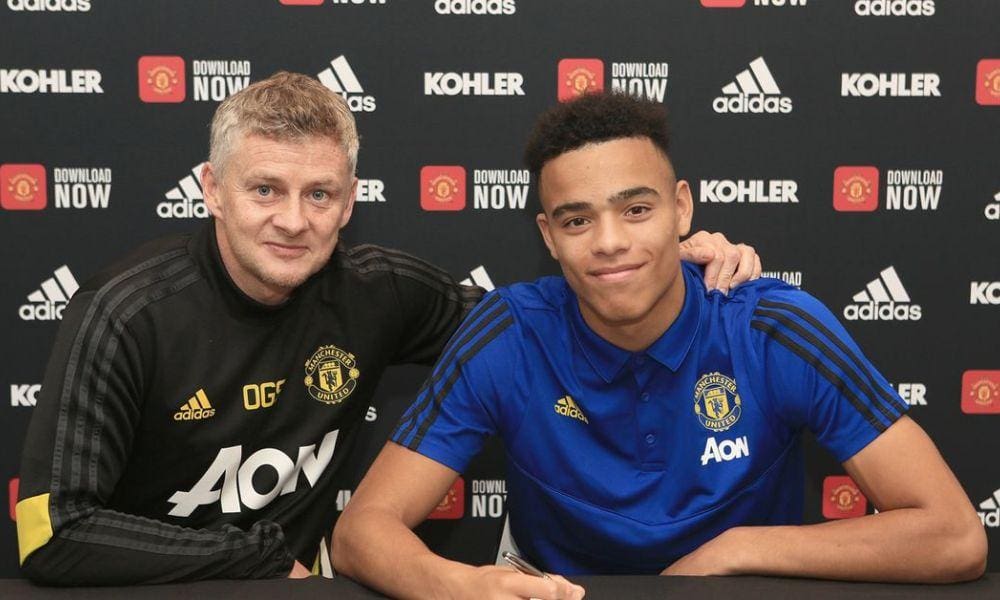 The homegrown boy of Manchester United and their only number 9 as of now has extended his stay with the Red Devils.

Manchester United have confirmed the contract extension of Mason Greenwood up until 2023. The 18-year-old is expected to earn a whopping £25,000 per week including bonuses and also has an option to extend his contract a year further.

“Having grown up as a Manchester United fan, playing for the first team is a real dream come true,” he told the club’s official website.

“I know that, when I play for this club, I represent the whole Academy and I want to repay the faith that my coaches have shown in me.”

“I am learning all the time from the manager and his coaching staff, and I know that this is the perfect club to help me reach my potential.”

The hometown lad of United since 7, Mason Greenwood is conjectured to be the next Rooney, one which United need badly.