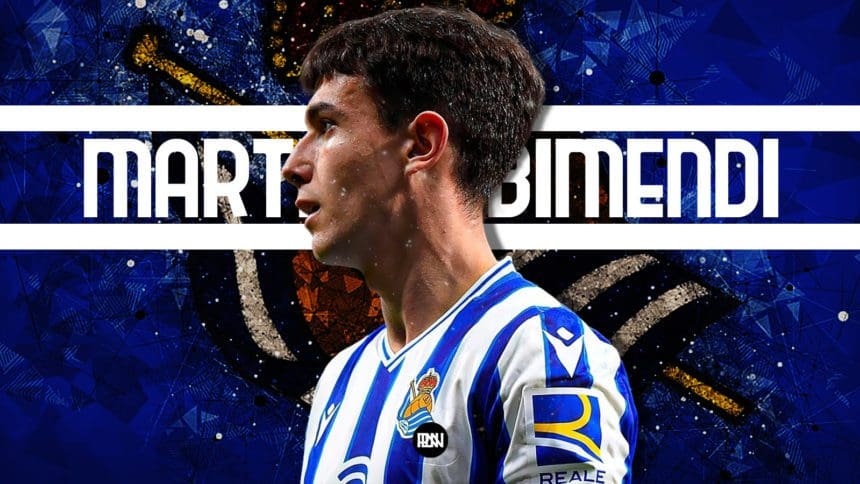 Producing incredible talents and Real Sociedad go hand in hand. Over the years, the Basque club has identified several individuals who progress to become world-class players both on and off the pitch. The fact that the club up brings these talents from their very own communities makes it even more impressive. From Txiki Begiristain to Mikel Oyarzabal, La Real are a talent factory with core values integrated into the players. One of those making up the way and grabbing attention is Martin Zubimendi.

He, like several others in the squad, was born in San Sebastian in the Gipuzkoa region. A defensive midfielder by trait, Zubimendi made his debut for the first team under current manager Imanol Alguacil in 2019. The Spaniard gradually rose through the ranks and now remains an undisputable starter and has been linked with top European clubs, including FC Barcelona.

Of course, if you are a defensive midfielder at Real Sociedad, comparison to Xabi Alonso is absolutely normal. Alonso started his career at the Basque club, leading them to an unprecedented second-place finish in La Liga during the 2002/03 season before joining Liverpool. For youngsters like Martin, Alonso serves as an inspiration and a pathway to success.

As fate would have it, the legendary midfielder proceeded to coach Zubimendi at Real Sociedad B in 2020. The youngster was impressive at the youth level and certainly impressed Alonso during his brief tenure. He made 50 appearances for the second team, before stamping his authority on the first team the following season.

While working with Alonso was a dream come true, the former Liverpool man himself heaped praise on the 23-year-old. He said, “Martín’s a player all coaches would want. He’s generous, he always thinks more about his teammates than himself. He has that ability to generate play, to make those around him better, always offering solutions; to improve the move. He understands what the next step is before the ball gets to him. He has that ability to organise, the axis. I loved working with him.”

Zubimendi unquestionably considers Alonso as his role model, and it is seen in his game. A crafty midfielder, much like Alonso, known for his technical excellence and ability to be one step ahead of the opposition, he has established himself at the heart of the La Real side.

Imanol Alguacil prefers a 4-3-3 formation which is tuned into a 4-4-2 diamond in possession. The central midfielders occupy the half spaces, while Zubimendi is at the base of the diamond, holding his position as the number 6. He usually forms a triangle with the center backs, with the fullbacks staying wide during the first phase. Zubimendi’s role is to link the defense and the midfield and spray quick passes to keep the ball moving and maintain the tempo.

Real Sociedad like to build up from the back, therefore attracting pressure from the opponents and this is where Zubimendi’s technical ability in the tight spaces comes into play. Since he acts as the spare man in the buildup phase, he either switches the play or carries the ball himself. This, in turn, opens up space for the others around him.

During his breakthrough season in 2020/21, he had an 89% pass completion percentage and has maintained this standard in the following campaigns as well. This illustrates his role in the team to keep the tempo moving with short passes. Having said that, Zubimendi is very much capable of finding passes between the lines to the likes of David Silva or Mikel Merino. His passes into the final third have improved, further suggesting his potential to make dangerous passes. (4.20 per 90 in 2021/22, 5.71 per 90 in 2022/23).

In the below passage of play, he positions himself on the left side and provides an option for his left back amid the high-pressing sequence from the opposition.

He receives the ball on the half turn and plays an excellent through ball in behind the fullback. His capacity to read the game and find space to execute passes is something that has improved drastically since his debut. While Zubimendi is excellent in terms of short passing, his awareness of choosing the right pass stands out despite still being young.

And again, once he is given the space to operate in central areas, Zubimendi is more or less likely to find his teammate with precision. The assist against Elche this season sums it up. The central midfielders (Silva and Merino) attract their opponents, therefore creating space for the winger to run in behind the space. Zubimendi’s execution here is pinpoint.

Coming to the defensive side of his game, the 23-year-old is tasked with covering the flanks when fullbacks rush forward to attack. But like one of his idols Sergio Busquets, he makes it look easy thanks to his ability to read the game. In the below situation, Real Sociedad’s left back is forced to press Manchester United’s wide player and, as a result, the center half positions wide to cover his fullback. Zubimendi, realizing this, immediately communicates with his teammate to move centrally as he jumps to the center-back role.

When Real Sociedad attack with numbers, Zubimendi is often positioned around the edge of the box to pounce on any loose balls and stop the opponents from counterattacking. Once again, his high intelligence comes into play, as he is always thinking about the next step. He also does a commendable job in the air, winning 72% of the aerial duels last season.

Martin Zubimendi is undoubtedly one of the top prospects in La Liga and his potential has clearly been monitored by top clubs in Europe. He is certainly a well-rounded midfielder. He has brilliant awareness in terms of passing into space, but also can break down the opponent’s attack.

However, what really makes him special is his tactical understanding and confidence with the ball. Alguacil and Real Sociedad will hope that the Spaniard will remain a key part of the club in the next few years to take them to the next level. But with growing consistency and impressive performances, the clubs participating in the Champions League will look to poach him sooner than later.

MUST READ: Roberto Olabe & How he is dictating Real Sociedad’s recent rise – BREAKDOWN 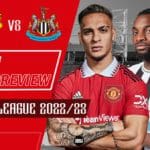 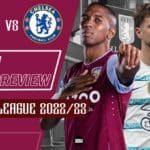