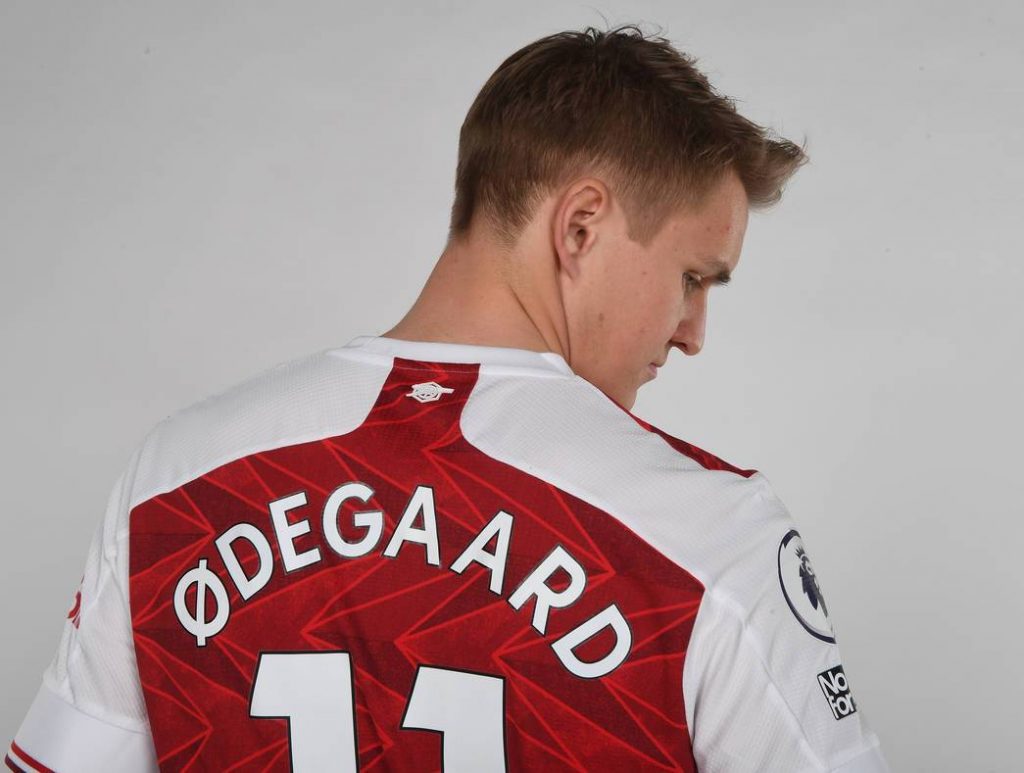 Arsenal have announced Martin Odegaard’s loan signing and the 22-year-old star has already been given the jersey number 11.

The young Norwegian will not just be replacing the controversial German icon Mesut Ozil in his role in the team, but will also don the same jersey number his predecessor wore in his early days at the club.

If Odegaard could actually emulate the kind of performances that the ousted Gunners icon (Mesut Ozil) displayed in his early days at the club, the Norwegian could eventually win the heart of the fans and the board by been offered a permanent deal and also, claim the number 10 jersey (which Ozil last wore) – you never know.

Considering Odegaard’s last campaign in La Liga with Real Sociedad, though he joined the club on a two-year loan last season he showed massive improvement so much that his parent club Real Madrid decided to cut the loan short in order to give him a chance at the Bernabeu. After giving his parent club a first-hand glimpse of his incredible techniques and maturity, playing an instrumental role in eliminating Real Madrid from the 2019–20 Copa del Rey at the quarter-final stage.

Unfortunately, the attacking midfielder started just five matches on his return at Los Blancos this season.

His move to Arsenal would eventually increase his chance of cementing his spot in Zidane’s team or rather earn him a permanent deal with the Gunners; if he can as well stay fit enough and play consecutively for the Gunners. His desire to finally have a permanent move might come to pass, at Arsenal.

READ MORE: Why Martin Odegaard to Arsenal is win-win for both parties?