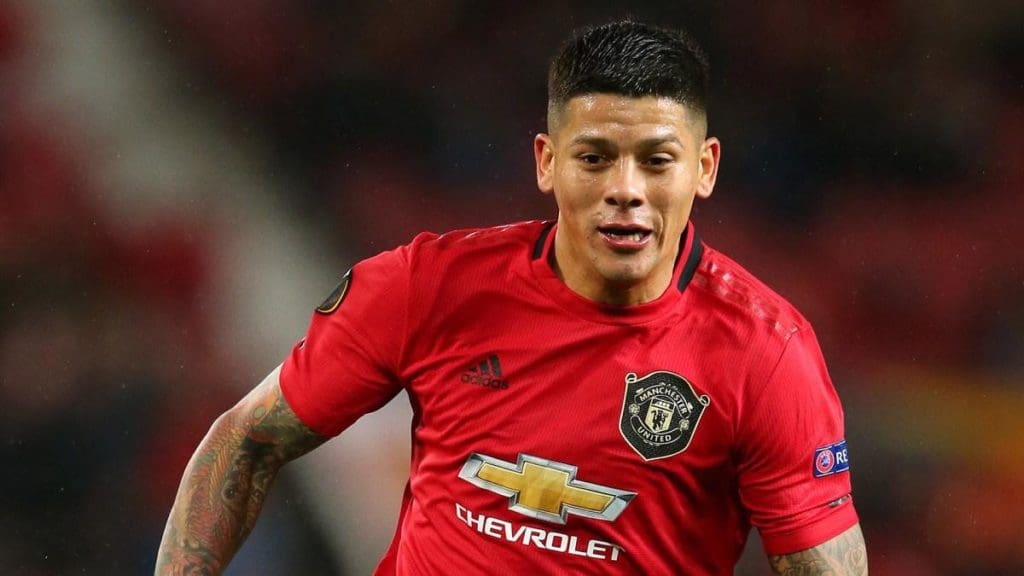 Marcos Rojo has revealed he has held talks with Manchester United manager Ole Gunnar Solskjaer about his future, and is hoping for another loan spell with Estudiantes.

The Argentina international was loan to Estudiantes in the January transfer window after seeing opportunities hard to come by at Old Trafford. But his return back to his roots did not go to plan as he managed just one appearance with injuries and the coronavirus pandemic the rationale behind it.

The player who joined United in 2014 from Portuguese outfit Sporting Lisbon is expected to return to the club at the end of the 2019/20 campaign.

However, his stance at the club is unlikely to take a new turn next season after he had talks with the manager.

Rojo has told infobae: “I spoke to Solskjaer, the coach, about two weeks ago because I had to go back to England. He said to me: ‘Look, now the season is over and everyone has a few days off. Then we go to play the Europa League… I’m not going to count on you because you haven’t trained for four months’.”

The 30-year-old also added that he is hopeful of being allowed to seal a move back to the Argentine side.

He added on his future plans: “My idea is also to try to stay at Estudiantes. I played a game, got injured and all of this happened. That is why I will see in September if the loan can be extended and continue for a few more months.”

Jonathan Barnett who serves as the agent for the defender has admitted that the best option would be a move away from the Red Devils over the coming weeks.

He has told Stretty News: “I couldn’t comment on what Solskjaer thinks but I think it’s obvious, I think with Rojo, probably [a move] is more than likely somewhere else.”