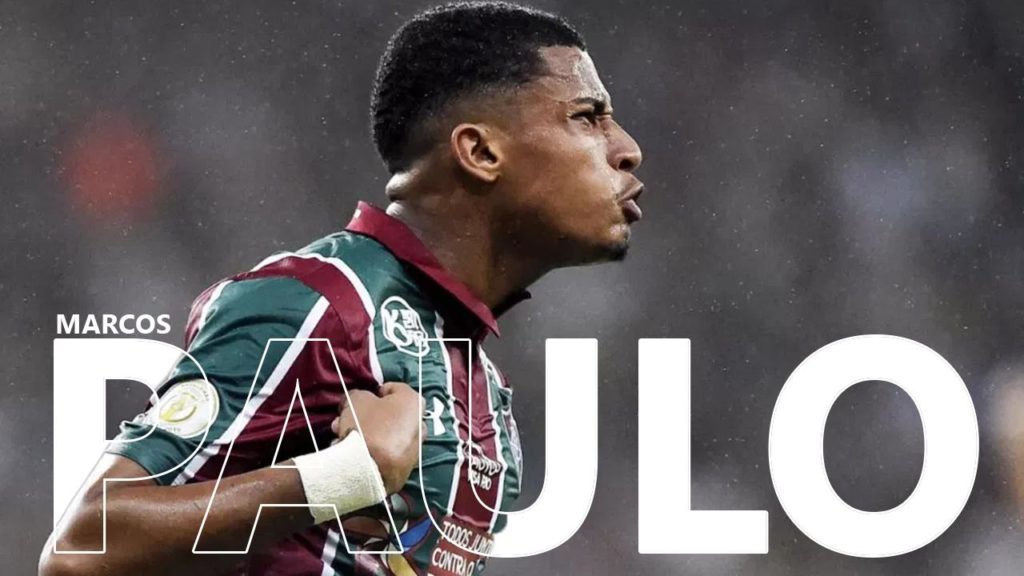 In a transfer period like this, despite the outbreak and impact of Covid-19 in sports and football to be precise, it’s still a ritual for clubs to be linked with some players who have been earmarked to have the quality to bolster their team, regardless of how the club performed during the last campaign.

Each Premier league clubs have been linked with one or two players both home and abroad in this summer transfer window, but one of the rear move is going as far to South American club side, in search of an attacking solution or addition, despite the difficulty in getting a work permit for a player that is born in Brazil, and haven’t played in any European club till date.

Luckily for the interested clubs after the chase of Marcos Paulo’s signature, the teenager was actually born in Brazil, but has chosen to pledge his international allegiance to represent Portugal, which he qualified for due to his maternal grandfather’s origin.

No doubt! That’s a major criteria which would make the obtaining of a work permit to be much easier to be gotten, if Paulo eventually joins any Premier league team this summer.

According to TEAMtalk, with Arsenal’s technical director Edu Gasper’s range of network in Brazil, Arsenal have also been mentioned to be highly interested in a move for the Fluminese forward Marcos Paulo, who has a staggering £40 million release clause stated in his contract.

The youngster is a Brazilian-born but Portuguese footballer, who plays as a striker for Campeonato Brasileiro Série A club Fluminense FC. He has represented both Portugal’s Under- 18 and Under-19 age groups, scoring four goals in seven matches for his adopted country, across the two levels.

It has been claimed that Leeds, Watford, West Ham and Southampton are in the running for the striker’s signature. Barcelona had previously tried to snap up the youngster earlier this year, but the Catalan club offer was rejected, as it fell short of the club’s valuation of Marcos Paulo.

Marcos Paulo’s first international involvement with Portugal, was with the Under-19 team at the 2019 Toulon Tournament, where he was first spotted by European clubs scouts, while playing in the heralded Toulon youth tournament in France.

He was able to showcase his talent when he was given the opportunity to play the first two games in the group-stage elimination round, and he repayed the favour and faith being shown towards him by the coach as he scored in a 3–2 win over reigning champions England in Salon-de-Provence.

The 19-year-old has suddenly rose to become a huge prospect in the Brazilian league, to the extent that his side had to enforce a release clause of £40million in his contract at just 17-year-old.

Coming through the famous academy which has produced notable football stars and joining the first team, the youngster scored four goals in 24 Brazilian Serie A appearances in his breakthrough season for Fluminese.

On 30th January 2019, he made his professional debut in the Campeonato Carioca, as he was introduced in the 80th minutes in place of Bruno Silva, playing the last ten minutes of a 3–0 win over Madureira Esporte Clube at the Maracanã Stadium.

Brazilian players are known for their incredible skills with the ball conjoined with their endless talent in football. Marcos Paulo isn’t far from such attributes which includes skills, passion, speed and talent but how well and quickly will he be able to adapt in Europe, will surely play a huge role in Paulo’s dream of fulfilling his ambition and actualising his maximum potential.

Many have come but faded away as quickly as they came.