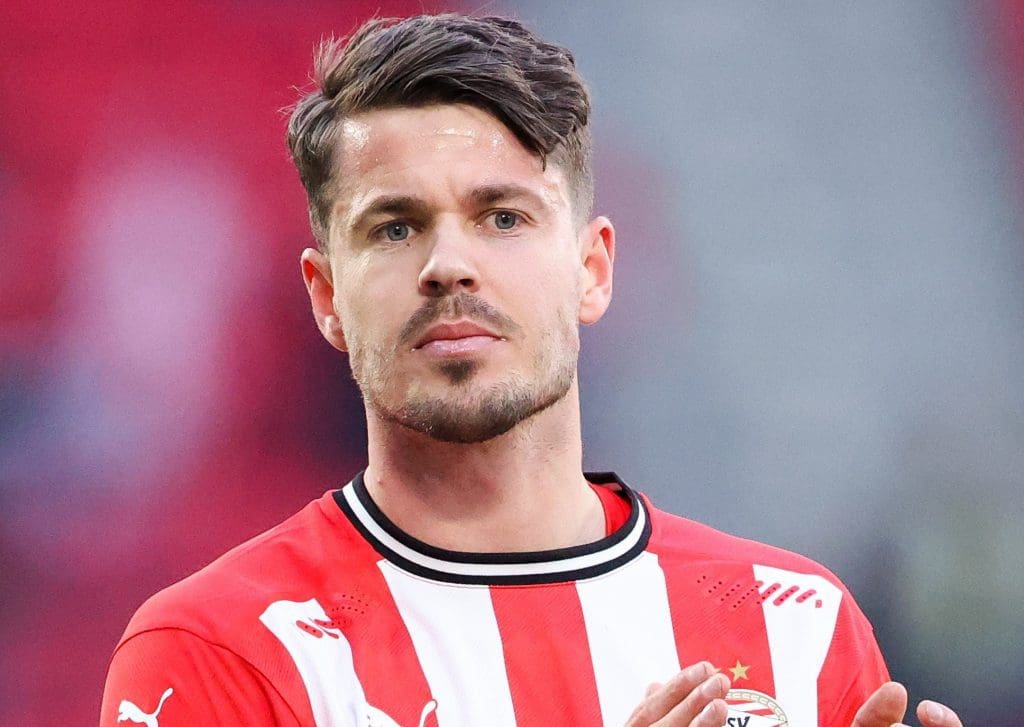 Chelsea’s long list of loanees have always perplexed the neutral eye, but it is a system that has benefitted them largely over the year. However, apart from its success stories in the form of Mason Mount, Reece James, and Tammy Abraham, it also has a list of players who have been victims of it or have just not lived up to their potential. Marco Van Ginkel is one such Chelsea loanee, who after going on loan to three clubs, suffered a horrific injury for 2 and half years and will now permanently depart the club with a clean bill of health.

A youth academy product of Vitesse, Marco Van Ginkel joined Chelsea in the summer of 2013 for £8 million as Jose Mourinho wanted to breed in young blood into the team. Van Ginkel was just 20 at the time but had the maturity to play in the bigger leagues.

However, Chelsea had considerable depth in the midfield at that point with players like Kevin de Bruyne and Mohamed Salah gasping for chances in the first team. Thus, the Dutchman started off by playing for the development squad of the club so that he is used to the playing style in the country. He made 4 appearances for the development squad, after which he joined the main team and started in a Champions League game.

Things were a little different in the Premier League as Van Ginkel only managed to garner 2 appearances off the bench. Apart from this, Van Ginkel played very little football, and it did not take long for the coaches at Chelsea to understand that he needed consistent playing time at a club.

Thus, Van Ginkel headed out on loan to AC Milan in August 2014 on a loan move, and the midfielder impressed to a certain extent with the Rossoneri as he made 17 Serie A appearances. While Chelsea still considered him to be surplus to requirements, he earned himself a loan move to Stoke City the next season, however, that did not last long.

Van Ginkel started every game for Stoke until the winter transfer window when the Blues recalled the player back to send him out on loan to PSV Eindhoven, a place both the club and player felt could be more valuable than a mid-table Premier League side. PSV wanted the player to play a more progressive role, and Van Ginkel finally showed his true potential. The Dutchman made 13 appearances and contributed to 9 goals as PSV won the Eredivisie that season.

The player returned to Stamford Bridge at the end of the season as it looked like new manager Antonio Conte had the midfielder in his plans. However, things did not turn out that way as Van Ginkel ended up playing for the development squad again until PSV came in for him again in January and signed him on a 1 and a half year loan deal. Van Ginkel was sensational yet again as he contributed to 11 goals in 15 appearances for the Dutch side.

Marco Van Ginkel returned to Stamford Bridge again in June 2018 as he had to undergo uncommon knee surgery. However, this would completely change Van Ginkel’s career path.

When Van Ginkel underwent knee surgery in the summer of 2018, he caught an infection in his knee.

“The danger was there that I would lose my career, of course,” Van Ginkel told Goal. “Especially after the first week of infection, they didn’t know what the infection was doing inside the joint.”

Van Ginkel then had to undergo three injuries in the space of six days, after which he had to take antibiotics for three months. From a medical standpoint, the Dutchman was going through hell as he did not know if he was going to walk anymore, let alone play football.

“After three months, I reacted well, but it was going to be a tough, tough time to be at the top level again, to come back and play for PSV, Chelsea, or whoever. At that moment, it was more about whether I could walk again. Football didn’t matter.

“The infection that came six weeks after my operation killed my knee a bit. That’s why it took so long, it damaged my knee and cruciate and I had to be operated on all over again. It was a very hard time”.

The midfielder then felt a sigh of relief as he was able to train at the Cobham Academy alongside the likes of Callum Hudson-Odoi, Reece James, and Ruben Loftus-Cheek, who were recovering from their own injuries.

Van Ginkel was then declared completely fit by the Chelsea medics at the start of the 2020/21 season as he went on loan to PSV Eindhoven and was full of joy when he played a game for the Dutch club. This was his first game after 983 days, and the player was delighted that he could play the game.

“It felt a bit like my debut again,” he admits. “We lost the game, but I still celebrated it with my family. It felt important because it was a big achievement for me.”

Van Ginkel went on to make 11 league appearances as he contributed to 2 goals in that period.

TIME TO MOVE ON:

At the start of the 2020/21 season, Chelsea extended the Dutchman’s contract till the end of next season, but it feels like the Stamford Bridge club are now ready to let go of the player permanently.