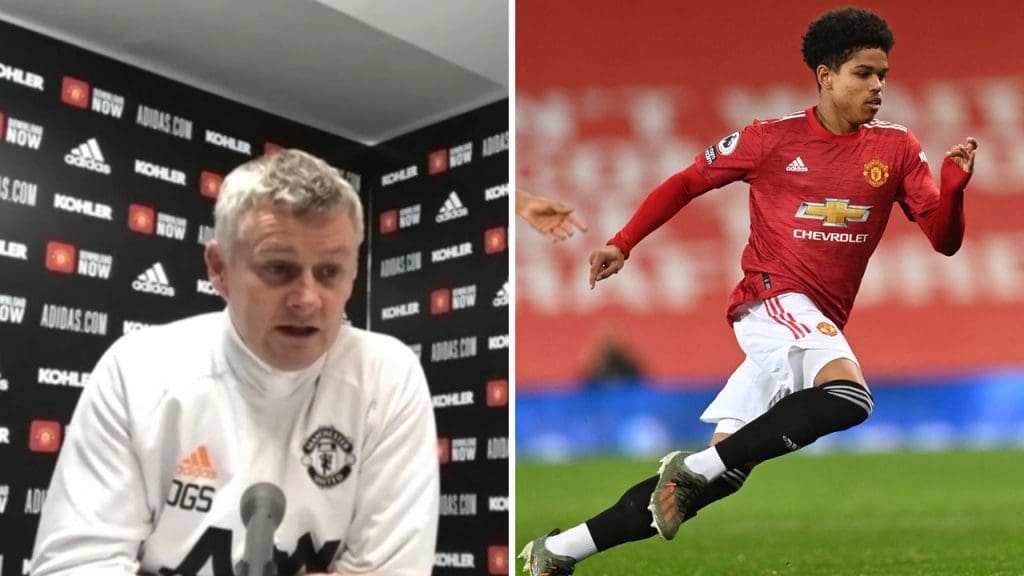 Manchester United swept away Real Sociedad last Thursday, as they beat the Spanish opposition 0-4 away from home with goals from Rashford, Daniel James and United’s very own talisman in Bruno Fernandes, who scored twice to ensure United have all but secured a spot in the Round of 16 of the UEFA Europa League this season.

What this score-line also means is that Ole Gunnar Solskjaer could field an experimental starting XI in their second leg against Sociedad this Thursday. Several youngsters are just waiting in the wings to make their senior debut while there are also a couple of youngsters who want to get some game-time which is now possible because of United’s substantial lead after their first leg.

It is almost certain that Ole Gunnar Solskjaer might field Donny Van De Beek if he is fit in midfield, while he could also give Mason Greenwood a start as a center forward. However, apart from these 2 positions, there are several roles around the starting XI where a lot of Manchester United’s youngsters could slot in.

THE YOUNGSTERS WHO COULD BE GIVEN AN OPPORTUNITY:

Manchester United has always been famous for giving their youth academy products senior debuts in the first team, and they could just do so again when they face Real Sociedad in their 2nd leg at home in the Europa League.

It is almost certain that Brandon Williams will be given a start while Axel Tuanzebe will also start in the backline alongside Lindelof or Eric Baily. However, the more exciting news for the fans of the Red Devils is that Amad Diallo could make a start against the Spanish side after his January move from Atalanta. The 18-year-old is yet to feature for the men in Red and Solskjaer might just consider Diallo for the right-wing position against LaReal.

However, what would please the Manchester United hierarchy as well as its fan base would be a senior debut for Shola Shoretire. The 17-year-old is a product of the Manchester United academy, as he joined the club’s youth set up in 2014 as a 10-year-old. Ever since then, the young Englishman has impressed, especially in the Premier League 2 as this season Shoretire has scored 6 goals and provided 4 assists in just 14 appearances for the Red Devils.

This could be perfect for Ole because if he decides to field both Diallo and Shoretire against Sociedad, he could do so quite easily, as both youngsters are very adept at playing on either wing. While both youngsters made their debuts off the bench in the past week, with Diallo coming on against Sociedad, and Shoretire coming on against Newcastle United over the weekend, nothing would please the duo more than a starting position at home, under the lights at Old Trafford in a European competition.

Apart from Diallo and Shoretire, there are three more youngsters that could make the squad on Thursday night in the form of Hannibal Mejbri, Ethan Galbraith, and Joe Hugill. All of the aforementioned names are Manchester United academy starlets and are vying for a place in the squad if not the starting XI.

While Mejbri and Galbraith have developed in the academy as skillful and inventive central midfielders, Joe Hugill is a 6ft 2inch striker who has a wand of a left foot while also being a very capable target man, courtesy of which United bought the youngster from the Sunderland youth set-up to join the Red Devils in July 2020.

Manchester United is far from the cusp of youth revolution, but Ole Gunnar Solskjaer could make a small start to it on Thursday, by affording a lot of youngsters several minutes or a place in the starting XI of the club they have always dreamed to represent as young kids or teenagers.

Tottenham Hotspur vs. Wolfsberger: Preview | UEL 2020/21
How Fulham are Turning it Around?
To Top