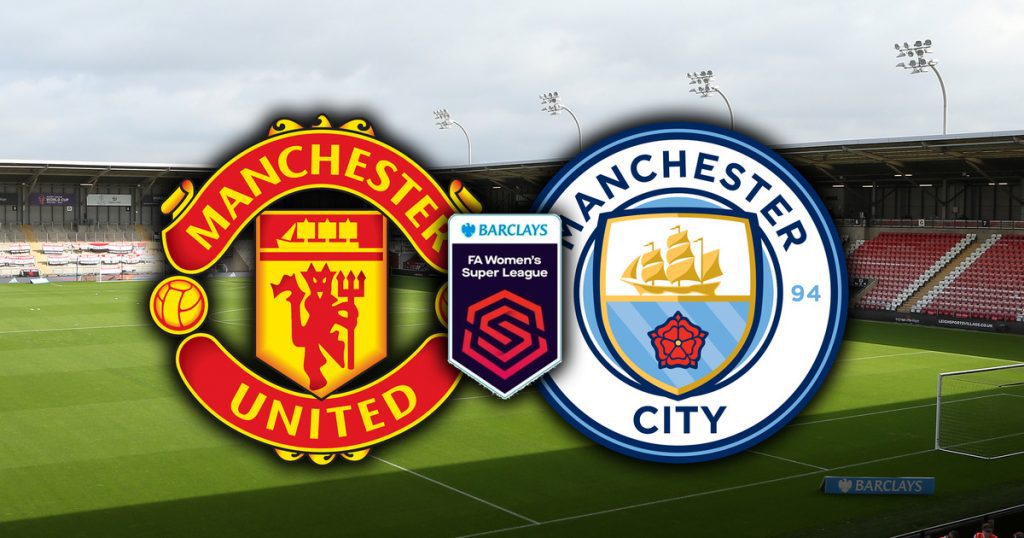 Manchester City Women have had an utterly horrible start to the season, with the Sky Blues currently sitting in 9th. The Citizens have lost 5-0 to Arsenal Women, 2-0 to West Ham Women, 1-0 to Real Madrid Women, and 2-1 to Spurs Women. This means that City have only won an embarrassingly low 2 out of 7 of their matches in all competitions. For comparison, they had 4 wins in their first 7 games, with only 1 loss, and even that was to the season’s eventual champions, Chelsea Women.

In complete contrast, Manchester United Women have had a start which would be expected for a side of their calibre, considering that they only finished 1 point of the UWCL places last season. A 6-1 defeat to Chelsea would have stung, but fans shouldn’t have expected them to beat the reigning champions and one of the best teams in the world. However, beating teams like Reading, Leicester City, and Birmingham City should be expected from a team the size of Manchester United. But with Manchester City being the team just above those three in the table, and their poor start to the season, shouldn’t beating Man City be no bother?

Gareth Taylor will need to start getting results quickly, and a loss against rivals United could really sting for City fans, especially after the bad run of form and negative environment at the club right now. However, if the former City player wants results, he may have to bench his misfiring striker, Ellen White.

Marc Skinner would love to take advantage of Manchester City’s bad form, with a win definitely solidifying a top 3 push, likely fighting with Everton, Man City and Spurs, who have either had great starts to the season or have talented squads. However, something which maybe even more important than a win, would be the fact that Man Utd would really be cementing that they could be on a level playing field on Man City in the next few years, which would definitely be a statement of intent from the Red Devils.

Vicky Losada is a doubt, after sustaining an ankle injury. Ellie Roebuck should be back soon for the Citizens, as her injury isn’t that worrying. Steph Houghton is out for another couple of weeks, so is completely ruled out for the match. Lucy Bronze is still missing, however, she was not included on injury lists, so I’ll list her as a doubt as well.

Ivana Fuso is a doubt due to her long-term injury, with the 20-year-old not playing a match for some time now. However, she has been featured on the bench recently, which could be a sign of things to come. But in contrary fashion, Matha Thomas has been out of the squad for a few matches now, meaning that she is likely injured.

As mentioned earlier, this match could definitely decide who gets that 3rd Champions League spot. Arsenal and Chelsea wrapped up their spots from the word go, but with City’s downfall, it means that the door is wide open. Spurs, Everton, Brighton & Hove Albion, Manchester Utd, and obviously, Manchester City will be vying for that spot. But if City loses 4 WSL matches in a row, they can kiss goodbye to that spot.

United are a massive footballing club, but in women’s football, aren’t a big team at all, after disbanding their team in 2005. However, despite returning, the team split opinions, after jumping to the Championship. Many accused the club of not caring about women’s football, and running the women’s football system (due to not starting from the bottom like Borussia Dortmund did) ‘So what does this have to do with the Manchester Derby?’ I hear you ask. Well, this all becomes clear when you realise how different Manchester City are…

Manchester City are a historic club in women’s football, but are definitely not clear of controversy like their rivals, after knocking down an even more historic club, which go by the name Doncaster Rovers Belles. You may not know them that well if you’re new to the women’s game, as they are currently sitting in the fourth tier. Anyways, Man City are a team with 5 league titles, 3 FA Cups, 3 Continental Cups as well as 2 other domestic trophies. That means that they have 13 trophies in total. So yeah, this is a rivalry of class and tradition vs the new kid on the block, but in contrast to the men’s game, it’s City who are defending the status quo.

Well, this is an unusual choice to say the least. I mean, Janine Beckie has always been a bang-average, but a versatile player. She never plays a full season, and doesn’t start for the Cityzens on a regular basis anymore, with her highest number of appearances in a WSL season being 14 out of a possible 22. So, without further ado, let me reveal why Janine Beckie is my key player.

Frankly, there’s not much competition. with Alex Greenwood and Khadija Shaw being the only difference makers in the City squad right now. Beckie has already netted 1 this season and may continue to do so if Gareth Taylor plays in her preferred position which is on the left wing.

Something that stands out from Janine right away is how many chances she creates, with the Canadian completing around 42 passes a match (75.2% pass completion rate x 56.13 passes attempted, both per 90 stats). This puts her at an 88% average for a winger (93% + 84% = 177 / 2 = 88), which could be crucial for Man City, without even factoring in their desire for quality chances, with only 1 goal in their last 3 WSL matches. So now, I think you see why Beckie could be a beacon of hope for the Blues of Manchester.

The new face of United. After Lauren James left the Red Devils in a move to Chelsea this summer, Ella Toone has started to become a symbol of Manchester United. She’s shown some quality as well, with the 22-year-old racking up 5 g/a in 4 games, an impressive feat. Toone has been involved in 62% of United’s goals this season, which really shows how much they need her brilliance out there on the pitch, as well as on the posters.

The England international recently stated in an interview on the club’s official website, “For us, and for Manchester City, I don’t think there’s a bigger game than the Manchester derby. I grew up watching these derbies all my life and so to be involved in them now, it’s really special. We’re trying to paint the city red and we can’t wait. These are the games we play for and it’s going to be a really exciting game.” And a Mancunian like herself would understand the local and international significance of the match, with many in Manchester going into their local pubs or even if its former fans from her time at Blackburn watching the BBC 1 broadcast, Ella Toone will want to make sure that she represents United well against her old club City. Yeah, she used to play for City.

How important is Mason Mount to Chelsea?
Scouting Report: Mohammed Salisu
To Top