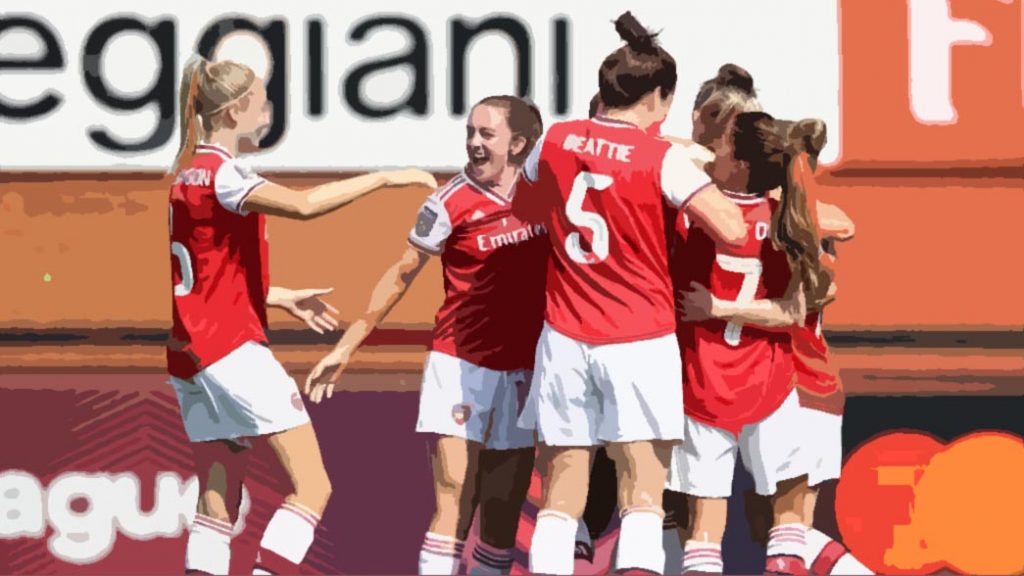 Manchester United Women, the top 3 wreckers, are going head to head against Arsenal Women, the current undisputed top of the table team. It seems like both clubs are fulfilling their current season goals, or are on their way to doing so. However, a loss would set the respective team back by quite a bit.

Manchester United, as I’ve recently been talking about, you can put both optimism and pessimism in their season. However, I think this match against the Gunners will really be what sets their season apart from the rest of the pack. Tottenham beat Manchester City, which United couldn’t do, and Brighton have only lost to City and Chelsea, but haven’t drawn, leaving them with 15 points. So, this match will really show if United are serious about the Champions League next season.

Arsenal have been brilliant throughout the season, with no losses so far in the competition. However, they’ll want to show utter dominance in the WSL and a win against Manchester United would show that they’re consistent. It’s a big match for Arsenal, as they try to remove any pressure which Chelsea’s applying.

Marc Skinner has had more time off than Arsenal, and as a result, can afford to play his first-team again. Man United have been good this season, but if they want to be great, then they need to start playing their best team in every single match.

Jonas Eidevall didn’t play the strongest possible eleven that he could against Køge, resting the likes of Vivianne Miedema, Manuela Zinsberger and Beth Mead. He’ll be looking to play his strongest 11 against a team as strong as Manchester United.

The last time the two met was a league match, where the Gunners beat the Red Devils 2-0, despite Beth Mead being sent off with around half an hour still to play. Marc Skinner will be hoping for an opportunity like that to pounce on.

Manchester United midfielder Jackie Groenen is out with a hamstring injury. Leah Williamson has also suffered the same fate with the Gunners, and Malin Gut is also injured. Mana Iwabuchi also remains a doubt for the Gunners, as she has missed the last 4 games, which suggests injury.

Arsenal and Manchester United are two top teams, and that’s why I think that this match will be a tight one. United will be gunning for the top 3 whilst Arsenal want to unleash their devil at the top of the table. This will be the first match between the two sides with their new managers, and they’ll both be looking to pull the wig over each other.

It’s always the weaker teams that get their goalkeeper as their key player, but I think I’d be wrong if I didn’t speak about how crucial Manu is to Arsenal. She may not be required much, due to Arsenal’s strong midfield and defence, but having a strong pair of hands truly helps the Gunners, whether they realise it or not.