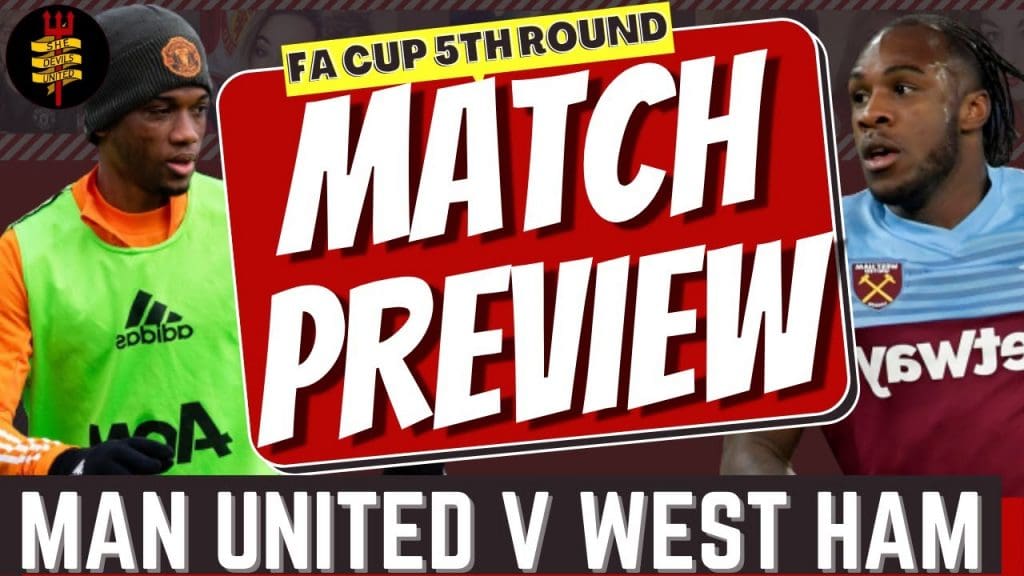 Manchester United host West Ham at Old Trafford in a fifth round FA Cup tie. Both the teams will battle it out on a cold Tuesday evening for a shot at a place in the quarter finals.

Manchester United beat Liverpool 3-2 in the last round to progress to the fourth round, while West Ham beat League One side Doncaster Rovers.

The Red Devils will be aiming to bounce back after an agonizing 3-3 draw after conceding an injury time goal against Everton in the Premier League. Manchester United conceded two of the Toffees’ goals due to defensive errors and will aim to rectify these in this upcoming fixture.

On the other hand, The Hammers played out a goalless draw against Fulham at Craven Cottage in a game where both sides struggled to create chances.

Manchester United will be without the defensive duo of Phil Jones, who is out due to a long-term knee injury and Eric Bailly, who picked up a knock during the build up of the Everton game.

The Red Devils will also be without the services of midfielder Paul Pogba who was forced to come off the field in the first half of the Everton game due to a thigh problem. He is set to be out for four to six weeks.

Arthur Masuaku remains the only player out injured for West Ham while Jesse Lingard cannot appear for West Ham in the FA Cup having already appeared for parent club Manchester United earlier in the season. Tomas Soucek is set to return to the squad after his controversial red card was overturned after an appeal lodged by the Hammers.

Arsenal to play Benfica in Rome
Alexandre Jankewitz: The upcoming midfield prowess at Southampton
To Top