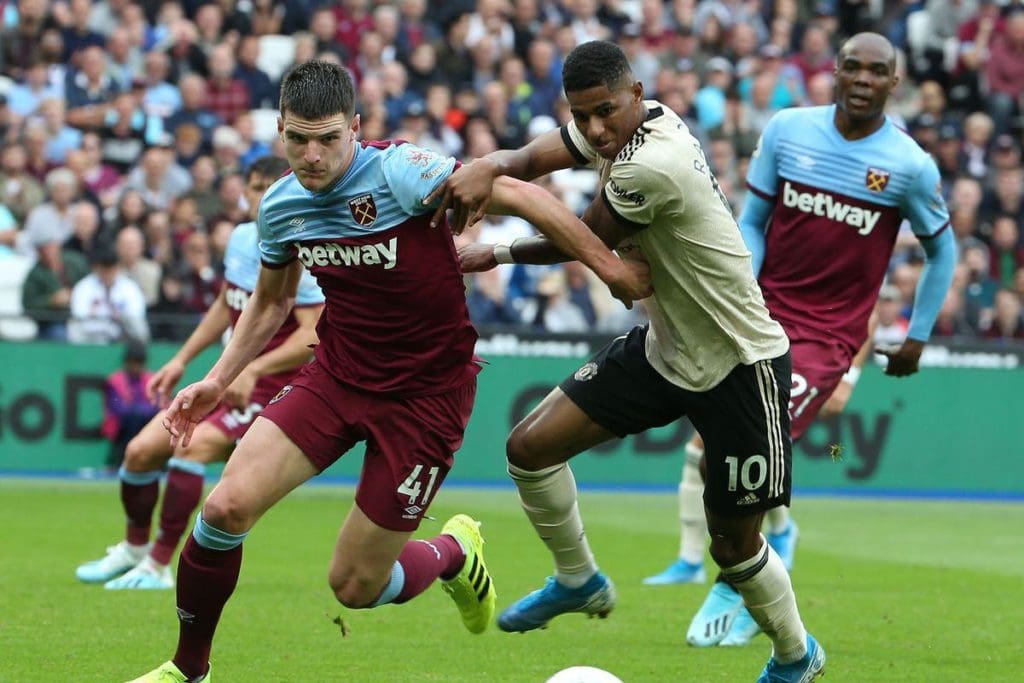 Manchester United’s chase for a top four spot continues as they host West Ham at the Theatre of Dreams on Wednesday. United sit 5th in the table equal on goal difference and points with 4th placed Leicester. Even a draw will take them above Leicester and Chelsea in the 3rd place if Chelsea lose their game to Liverpool tomorrow.

West Ham United on the other hand have moved further away from the relegation zone. They have just lost once in five games and beat Watford 3-1 last time out. They require just one point from their last two games to go down but it seems nearly impossible even if they lose their last two.

Here are five key head-to-head battles ahead of Wednesday’s game:

Nemanja Matic has revived his career this season. With the likes of Paul Pogba and Scott McTominay getting injured through the season, the veteran midfielder has taken up his role in an excellent manner. He has become an important player in the starting eleven and is important to the Red Devils’ shape and control of possession.

Declan Rice has been one of the rare players who have performed for West Ham this season. He has really picked up his performances recently to help the Hammers stray further away from the danger zone. He scored an absolute belter against Watford in their last game.

Paul Pogba since his return, has played a more deeper, defensive role for Manchester United. He is a more of a supportive creator who plays behind the front four. He is an important part of the team and will be the key playmaker alongside Bruno Fernandes. The playmaker returned from a long-term injury just after the lockdown and is still finding his feet for consistency.

Veteran Mark Noble is now playing his 16th season for the Hammers, and continues to put out impressive performances for his boyhood club. The match against Watford was his 500th appearance for the club, a truly extraordinary achievement for the 33-year-old. He has been involved in a majority of their games this season, and will be integral in their bid to escape relegation.

Anthony Martial has enjoyed his best form in the Premier League this season. The Frenchman has scored 17 goals and assisted five for his teammates this season. He has been in a great form post-lockdown and will be looking to continue the same. The signing of Bruno Fernandes has really helped him enhance his play.

Michail Antonio has picked up his form extremely well in recent games to help West Ham stray further away from the relagation zone. The Englishman also scored his first senior hattrick a week ago after putting four past Norwich City. He also scored in last weekend’s 3-1 win against Watford.

Marcus Rashford has been excellent this season. He has scored 17 and also assisted seven in the league this season. The player averages 0.59 goals per game and is in the running for the PFA Team of the Season.

Jarrod Bowen was signed by the Hammers from Hull City in the January transfer window. The 23-year-old has already made 11 appearances for West Ham, and has played an influential role in their attack. The winger contributes defensively as well, tracking down opposition forwards. He has scored once and assisted four this season.

Bruno Fernandes has set the league on fire since joining. The Portuguese has scored five and assisted three in eight appearances. He has lit up the United attack and is the main creative force on the team. West Ham will have to take extra care while playing against the attacking midfielder and ensure he does not create many chances.

Fornals since joining from Villareal, has made life easier for the Hammers’ forwards. He has scored twice and assisted five times in 34 appearances. He has an important playmaker and is one of the main creative forces for the London outfit.

Can West Ham end Manchester United’s Champions league hope?
Callum Hudson-Odoi to force his way out of Chelsea?
To Top