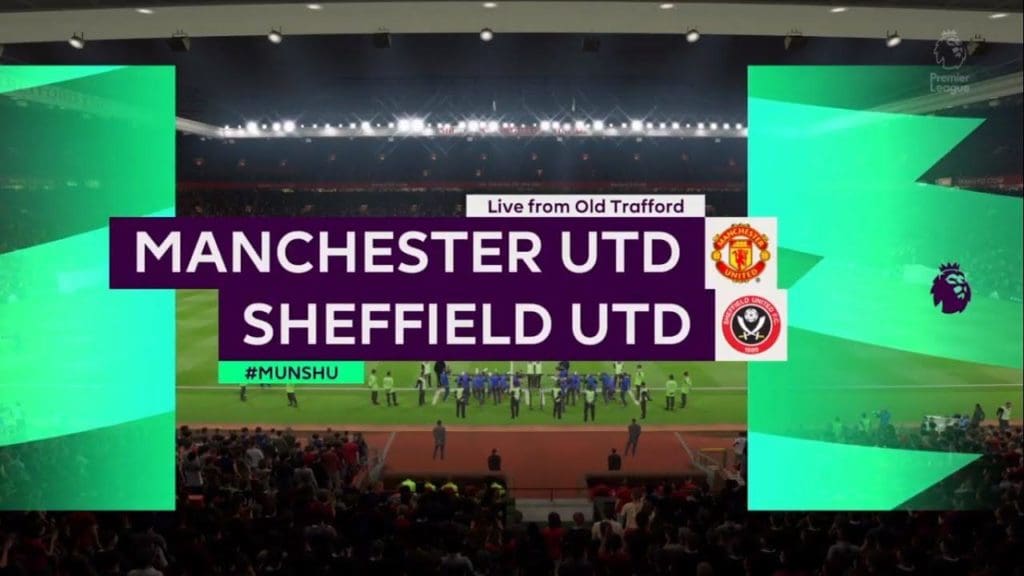 Manchester United will face Sheffield United in their next Premier League game on Wednesday at Old Trafford.

The Red Devils will be hoping for a win this time around after settling for a draw against Tottenham Hotspur over the weekend in a one all game.

Sheffield on the other had go into thos game at the back of a disappointing performance against Newcastle United on Sunday, which saw them lose by three goals to nil.

Both teams are fighting for a place in the top four with United currently lying on the fifth position, five points behind Chelsea who are fourth.

Chris Wilder’s side are also languishing on the seventh spot with 44 points after 30 games in the top-flight.

The reverse fixture in November served some good football and fantastic goals with the pair scoring three goals each at the Bramall Lane.

Ole Gunnar Solskjaer’s men are looking to continue their unbeaten run in their last five Premier League games with a home win. They have only picked up two draws during that time – against Everton and Tottenham.

Chris Wilder on the other hand will be hoping for good response from his side after their 0-3 thrashing by the Magpies at the St James’ Park on Sunday. They have taken just two wins in their last five league games while losing one (D2)

It could finally be a time for the Bruno Fernandes and Paul Pogba partnership from the start on Wednesday, with the France international’s cameo against Spurs likely to fetch him a starting berth.

Victor Lindelof should be okay for the game after limping off against Jose Mourinho’s side on Friday, while Mason Greenwood could be set for a start ahead of Daniel James.

For Sheffield, Dean Henderson is ineligible to play against his parent club, while John Egan is suspended following his red card against Newcastle United on Sunday.

Wilder should call on Jack O’Connell who is yet to feature in any of the two games Sheffield have played post-lockdown.