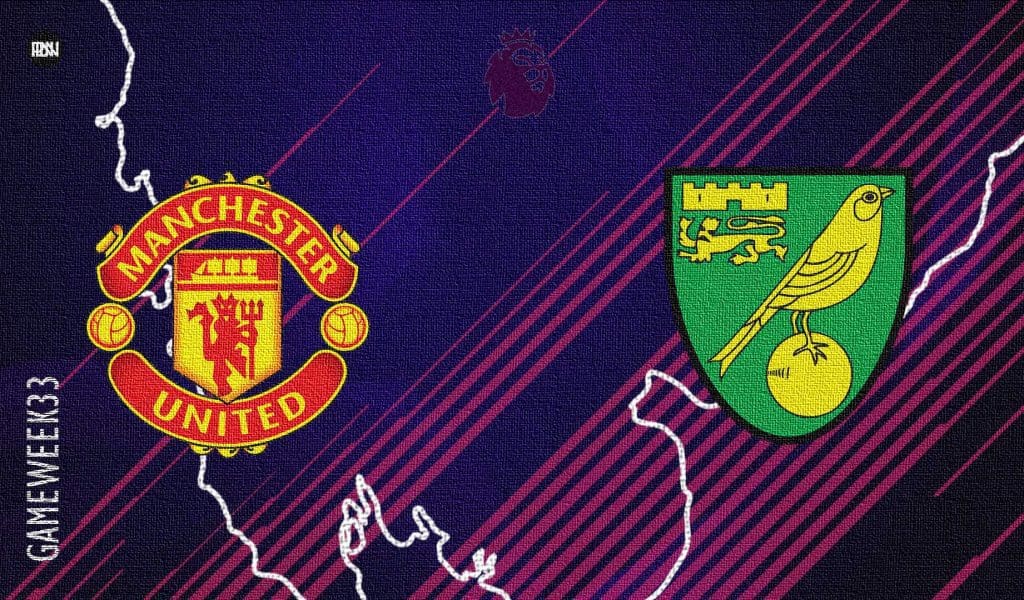 The long and exciting season is coming to a thrilling end, but with only 7 game weeks remaining, there is still no clear answer to the winner of the title race, top 4 race or the relegation battles. This weekend sees a huge game for two clubs in the top 4 and a relegation fight play out in Manchester, as Manchester United welcome Norwich City to Old Trafford.

Manchester United’s season went from bad to worse last weekend, with a loss against relegation-threatened Everton at Goodison Park. They were expected to win against a team that had lost 10 of its last 13 league games. However, it was not to be as the Toffees produced a resilient performance in front of their home crowd to take a 1-0 victory and get three crucial points. That defeat left Man United almost out of the top 4 race, with the Red Devils now 6 points behind 4th placed Tottenham Hotspur, with 7 games to play. It will take a mighty performance between now and the end of the season from an unimaginative and beleaguered team to get near the UCL spot. As things stand, a 7th place league finish will see the Red Devils not play any European competition next season.

Norwich City are right in the middle of an intense, season-long relegation battle with Watford, Burnley and Everton. The Canaries are currently at the bottom of the table, just 7 points off 17th placed Everton, and the fans and team are hoping for a miraculous escape after what has been a very tough season. They were buoyed by their win against Burnley last weekend, winning 2-0 at Carrow Road to dash Burnley’s hopes of surviving and giving a faint boost to their own. It is looking very unlikely that the Canaries will be in the Premier League again next season, but stranger things have happened in football. Manager Dean Smith will be hoping to exploit a weak and enervated United team on Saturday, which will undoubtedly invigorate the Canaries for the remainder of the season.

Man United manager Ralf Rangick stated before last weekend’s game against Everton that Uruguayan striker Edinson Cavani will miss the next three or four weeks, and it is unclear at the moment if he will play again for the Red Devils before the end of the season. It is set to be his last season with the club, and there are doubts that Cavani has already played his last game for the club. Brazilian midfielder Fred was substituted against Everton after suffering a muscular issue on his hip flexor and it is unlikely he will feature against Norwich City. Luke Shaw missed the game against Everton last weekend after coming off early against Leicester City the weekend before, and he has since undergone a minor operation, and is not expected to feature on Saturday. Scott McTominay is also a huge doubt for the game, having missed the defeat against Everton, and faces a race to be fit.

Norwich City could be without as many as seven players when they visit Old Trafford on Saturday. The Canaries will be without on-loan left-back Brandon Williams who is ineligible to play against his parent club according to Premier League rules.  Adam Idah and Andrew Omobamidele are suffering from knee and back injuries respectively and will remain on the sidelines for the foreseeable future. Turkish international Ozan Kabak has also joined the duo on the treatment table with a hamstring injury ruling him out for the remainder of the season. On-loan Chelsea midfielder Billy Gilmour missed last weekend’s win against Burnley with illness, and remains a doubt for Saturday. American Josh Sargent and Polish winger Prezmyslaw Placheta suffered ankle injuries recently but could return against United this weekend.

CAN NORWICH LAND ANOTHER BLOW ON UNITED?

Manchester United have too many issues on their hands. The current crop looks miles off the team that played some beautiful football under Ole Gunnar Solskjaer in the last couple of seasons, and interim manager Ralf Rangick- who will move upstairs to a consulting role from next season- has a big job on his hand to steady the ship. If reports are to be believed, the Red Devils have taken a huge step towards stability with the appointment of Erik Ten Hag from Ajax in the hot seat. However, Rangnick’s immediate attention will be on Saturday, and to get a much-needed win in front of the home crowd.

Norwich were inspiring in their win against Burnley, scoring early on through Pierre Lees-Melou and then doing a brilliant job of defending the 1-0 lead for most of the game. They capitalized late on to score again through Teemu Pukki, as Burnley squandered a golden chance of leveling the game in the second half, and produced a good performance in front of a very vocal Carrow Road. The fans will be hoping they can get another three points at Old Trafford, against a team that is notorious for faltering against the smaller teams and a low defensive block. Manager Dean Smith has made the Canaries a tougher team to break down, and if they are able to keep their shape on Saturday afternoon, Norwich could well come away with a positive result.

Against Norwich, United face statistically one of the worst defenses in the league, and that will be something that Rangnick and his Red Devils will look to cash in on. Although they haven’t been at their best of late, United possess some of the best-attacking talents in the world. Cristiano Ronaldo, Marcus Rashford, Jadon Sancho and Bruno Fernandes are all capable of scoring goals and contributing towards them, and all will be hopeful of scoring on Saturday. Norwich have kept two clean sheets in a row, while United’s last clean sheet in the league came against Watford at home back in late February. Norwich will be hoping to hit the Red Devils on the counter like Everton last weekend given United’s vulnerability defending a break-away.

United’s issues were very clear last weekend, and Norwich will have made note of their weaknesses. They produced a very tough opposition the last time these two sides met, United winning only narrowly thanks to a Cristiano Ronaldo penalty. It will be another interesting game on Saturday afternoon, and United will be hoping to end their very miserable run of 3 wins in 11.

MUST READ: What will Erik ten Hag bring to Manchester United?