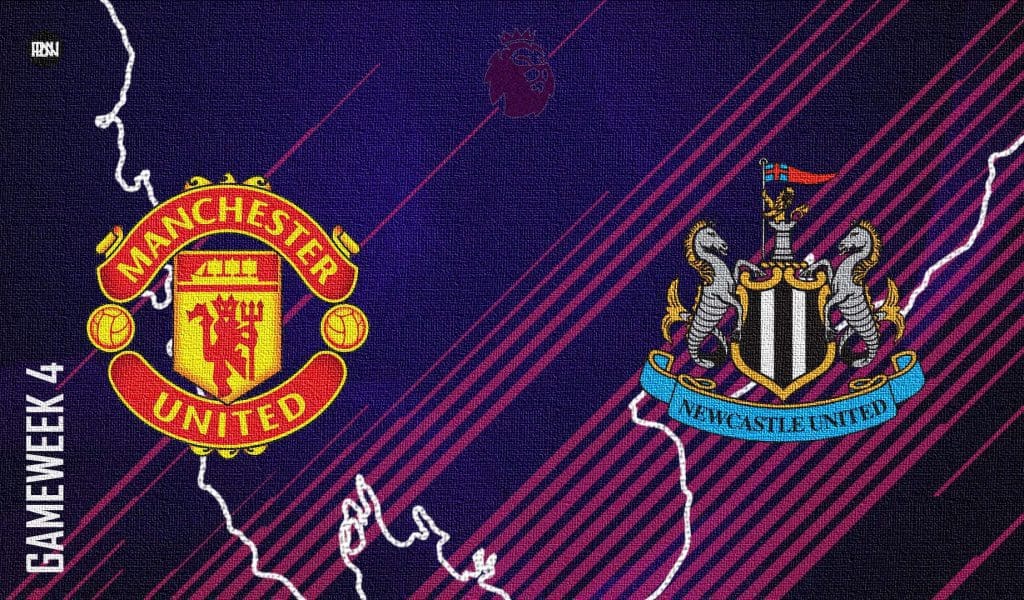 Now that the international break is over, Premier League sides can breathe a sigh of relief as they will not have to prepare themselves for sudden injuries. Although Tottenham Hotspur do start off the early kick-off on Matchday 4 of the Premier League, there are some cracking games later that afternoon, most of all Manchester United vs Newcastle United.

It is truly a homecoming, isn’t it? Cristiano Ronaldo is back in front of the United fans in the theatre of dreams. While his first debut at the club back in 2003 was filled with confusion as to what this Portuguese youngster will add to the club, his ‘second debut’ will be a celebration. However, it is because the 36-year-old represents more than just a return. The red half of Manchester has not seen a trophy since 2017 and have not witnessed a Premier League triumph since 2013, just about four years after Ronaldo left for Real Madrid. The pressure is mounting on Ole Gunnar Solskjaer, whose rebuild project has seen a lot of great performances but not a piece of silverware yet. It is around the corner, but that is the difference between a winner and a runner-up.

If Jadon Sancho and Raphael Varane were a statement of intent by the Old Trafford outfit, then the signing of Ronaldo is certainly a clear message to the rest of the league, that they will have to fight for the title this year because Manchester United finally have a proven winner in the squad. A player who has not just won every competition, but scored in nearly every competition he has played in. Ronaldo brings back the egotistical attitude United possessed under Sir Alex Ferguson. Alongside him, lies a team filled with experience and youth, and certainly one that is ready to win trophies. Solskjaer’s first test, post the international break, is against Newcastle United, who they will surely be hoping to roll over and continue their season without a loss. While there is uncertainty if Ronaldo will start the game, the Portuguese will surely be hoping to have the last word. It will be an amazing game at Old Trafford on Saturday, and fans will be hoping that this homecoming does not turn into a day they have to forget after the clock ticks 90minutes.

It is the perfect story, isn’t it? Ronaldo coming back home, but what if you were the club to defeat this United side and destroy their sense of invincibility. Well, Newcastle United certainly have an opportunity to do so, and they surely plan on doing so. Allan Saint-Maximin has already made it clear in an interview that the Magpies will be out for blood on Saturday, and they are not scared of the opposition and certainly do not feel they are impenetrable. Yes, the St. James’ Park outfit are yet to win a game this season, but they have been unlucky. They have conceded 3 penalties in three games, with the last one coming in the 96th minute against Southampton. Thus, they are due a victory and boy would they love this one to be the first. Steve Bruce has been optimistic after every game this season, but he also needs to be wary of this United side. Newcastle have never won a game at Old Trafford in the Premier League, and probably the last time they did, Bruce himself was in a United jersey. Hence, it is time to right the wrongs, make history, and what a day to do so. The Magpies cannot afford to go four games without a loss because that would certainly put them in the relegation zone, somewhere they crawled out of last season. Thus, they will be hungry, there will be the desire and although a certain level of pragmatism is required when you play against some of the bigger teams, the away fans will be hoping to create enough noise to cheer their team onto a historic victory on Saturday afternoon.

Cristiano Ronaldo, who was in isolation, has been back in training since Tuesday and will be hoping to start the game. However, it remains to be seen if Solskjaer straightaway slots the Portuguese into the thick of things. Jadon Sancho, who suffered a knock during training with the England national team, returned to United’s Carrington complex and has now completely recovered, courtesy of which he will be available for selection on Saturday. Scott McTominay, who recently underwent surgery, is also back in training and could face a late fitness test ahead of the game. Alex Telles will also be available to feature in the game after he returned earlier this week from his month-long injury. Dean Henderson and Phil Jones are also back in full training, but it does not look like either will play any part on the pitch on Saturday short of a catastrophe. One player United are missing is Fred, who has been banned by FIFA after United refused to let the player leave for international duty. However, the Brazilian will be available next weekend.

The Geordies have a lot more to worry about than their counterparts on the weekend. Martin Dubravka, Jonjo Shelvey, Ryan Fraser, Karl Darlow, and Elliot Anderson will be out with injury, in what will be a blow for the Magpies. Like United’s Fred, Miguel Almiron is also suspended after he was disallowed to leave for international duty with Paraguay. Additionally, star forward Callum Wilson, who picked up a knock in the game against Southampton, could face a late fitness test but is unlikely to start the game. However, in some good news for Newcastle, Paul Dummett and Isaac Hayden could play a part in the game on the weekend. Steve Bruce looks likely to continue with his current 3-5-2- formation with Jacob Murphy and Matt Richie continuing to bomb down the wings.

With Solskjaer mostly starting with Jadon Sancho, Mason Greenwood, Bruno Fernandes, Cristiano Ronaldo, and Paul Pogba, goals will surely be guaranteed. The Norwegian boss will want his team to attack from the front and attack through every opportunity they get. While Ronaldo will not immediately gel along with his new teammates, Fernandes and Pogba will be looking to combine again. Moreover, Jadon Sancho is yet to produce a performance to prove why United paid the big bucks for him this summer. Mason Greenwood will want to continue his goal-scoring feats as the Englishman has scored in every single game this season. Moreover, given Luke Shaw’s ability to cross the ball and hold it up in the air, Ronaldo will fancy his chances. Thus, the Red Devils will be looking to press from the front and score as many goals as they can on the day.

Joe Willock, to orchestrate the midfield on Saturday?

The former Arsenal man has been incredible since he made the permanent switch to St. James’ Park this summer. It is not just the Englishman’s ability to attack but also to be a vital voice in the defence. Although Sean Longstaff and Isaac Hayden will be protecting the defence with their tireless running, Willock has the capability to turn defence into attack with his creativity, while he also makes an active effort to track back and provide cover. The 22-year-old is the connecting link between the defence and the attack and his ability to work through transitions will also be a huge factor on the day. Newcastle will be without the ball for a long time on Saturday, and they need to make possession count when it comes their way. Willock, who is arguably the best player on the ball for the Magpies, will be looking to make a vital difference on the weekend for the Toon side.

While United will approach the game with an all-out attack approach, they must remember that without Fred and McTominay in the team, they will be a little thin in the defensive midfield area and could be caught on the counter-attack. Maguire has often been known to be guilty in such situations, and this is where his partner Raphael Varane comes in. The former Real Madrid defender has the pace and the aerial ability to stop most counter-attacks or cut them off at the source. The Frenchman allows United to play a high line, and with possibly 5 attack-minded players in the team, his presence will be pivotal. The 28-year-old’s reading of the game will be crucial, especially against the likes of Saint-Maximin and Joelinton, who are notorious at beating the offside trap or causing problems in 1v1 situations. The 4-time Champions League winner will have to prove his experience on the day and keep his and United’s second clean sheet for the league season.

Probably the only player with enough technical quality to beat the United defence, Saint-Maximin will certainly be up for the game on Saturday. The forward’s performances, especially in the opening game against West Ham was a joy to watch. Newcastle’s first goal came, courtesy of Saint-Maximin moving swiftly past Declan Rice because of his quick turns and silky movement. If there is one thing Harry Maguire does not like, it is players who can move fast and dribble the ball past him. Moreover, given that Shaw does not have the same desire as Wan-Bissaka to track back in counter-attacks, Maximin will try to attack from the right on Saturday. This is the advantage Newcastle have as the Frenchman’s ability to hover across the frontline and be decisive in counter-attacks will be a crucial factor on the weekend.