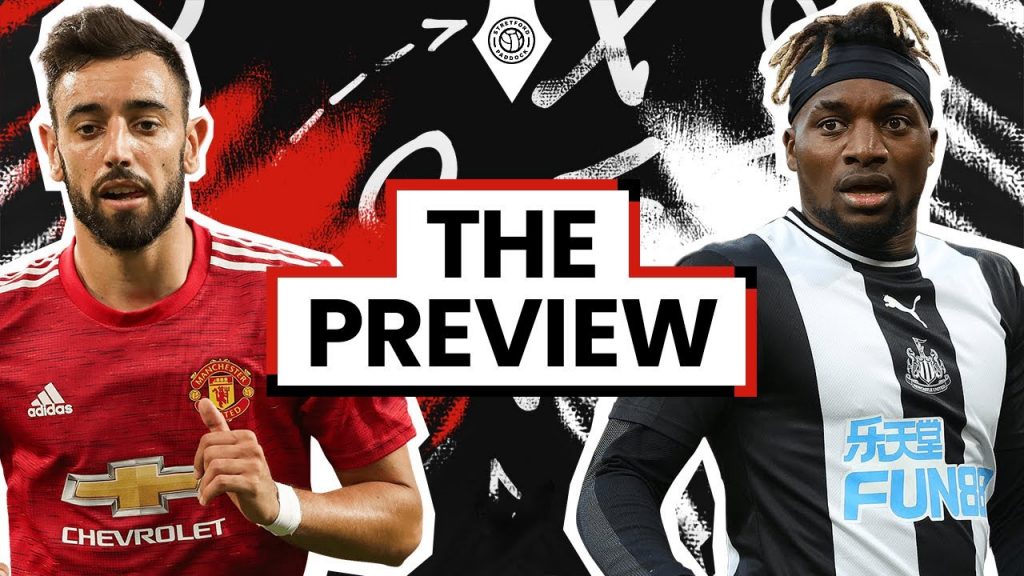 The Magpies will travel to Old Trafford to take on mighty Manchester United in a Sunday night classic Premier League fixture.

The Red Devils will be hoping to keep up with their city rivals, who have taken another gear to leave the whole league behind. Having drawn three of their last four league games and are now 10 points adrift of table-toppers Manchester City, while Newcastle are three points above the relegation zone with Fulham trying to catch hapless Magpies.

This tie could prove to be crucial to the Toon’s survival hopes as we are currently in the mud between Brighton, Burnley, and Fulham to go down, with the other two relegation places seems set to be filled by West Brom and rock-bottom Sheffield United.

With Burnley picking up points in a ‘dud‘ style they are now 6 points clear of the bottom three.

With our star striker, Wilson injured I’m sure that the bottom half teams are targeting us to go down. Brighton and Fulham are both swiftly picking up points. If we lose our next two fixtures and Fulham won next week against Palace, this will move us in relegation spots on a goal-difference basis.

This thought seizes a stark-terror among the Magpies faithful of those hard memories of 2016 where we drop out of the division a couple points of safety. But what we all know is Geordies are brave, if we go down, we will do so fighting for our lives.

It wouldn’t be an easy tie on Sunday night as Man United has lots of counter-attacking talent in Bruno, Rashford, Martial, etc. If they’re in the mood it’s difficult to stop. Keeping Bruno Fernandes quiet might be the key for Mags to get something out of this one. Bruno Fernandes has scored 22 goals and layed further 16 in 38 Premier League appearances. He has been sensational for them.

There are also rumors of Ashley pleading with Rafa to come back to Tyneside and save our sinking ship.

There may be a fortunate element for the Mags coming into this match as Paul Pogba is sidelined due to injury. Cavani and Van de Beek will have late fitness checks, who were both left out of the Europa League squad on Thursday due to muscular injuries. While Scott McTominay is also a doubt after he was substituted in the midweek Europa League game due to a minor injury.

Newcastle will have Jeff Hendrick back from suspension. The trip to Old Trafford will come a bit soon for Fede Fernandez. Fab Schar, Wilson, and Javier Manquillo all out with major injuries. Manquillo had an ankle injury but has made good progress, so he might be available in a couple of weeks.

So, we start with the Goalkeeping department which has done rounds in social media for the whole week. There’s a reason why Rafa preferred Dubravka over Darlow and that is because of the vocal command Dubravka has over his box.

Darlow has improved since Dubravka arrived at Tyneside and became a decent shot-stopper but you know what Dubravka is a world-class goalkeeper that’s why PSG were interested in him. He got us out of the hole many times last season that’s why he got Newcastle’s Player of the Season award. But As we all know, Bruce from his time here will go with Darlow.

In central defense we can again go with the solid pairing of Lascelles and Clark. There’s a part of telling me after watching Man United’s game against Real Sociedad, Bruce might shift to back three.

At full-back positions, Jamal Lewis will play at Left-back but he should vastly improve on his performance the other day at Chelsea, his sloppiness may cost heavily from now on. On Right-back I’m going with Ryan Fraser due to his crossing ability and intense pressing, also he’s the experience playing out there at Bournemouth.

The Midfield trio will consist of Issac Hayden, Shelvey, and Willock, and hope Shelvey turns on for this one and Hendrick should stay on the bench.

I will go with a front three of Saint-Maximin, Dwight Gayle, and Almiron. With Fraser on fullback position, Gayle will get appropriate service this time around to poach the goals.

It won’t be an easy task at Old Trafford but their defense is a bit shaky and leggy after having played in midweek. I want Maxi to move a bit centrally and test Maguire and Lindelof, both of them lack pace and physical strength. Maguire was out-muscled by West Brom’s Diagne. So, the success rate is high going centrally than on wings where Maxi has to face a pacy tough tackler in Wan Bissaka and defensively sound Shaw.

If we get something out of this one, it’ll create an utter mess and scramble of at least six clubs, then we have more of a chance to drag Burnley, Brighton, and Southampton back as relegation contenders.

Manchester United Predicted XI vs Newcastle United | Premier League 2020/21
Can Jose Gimenez’s injury be the differential factor for Chelsea in their upcoming clash against Atletico?
To Top