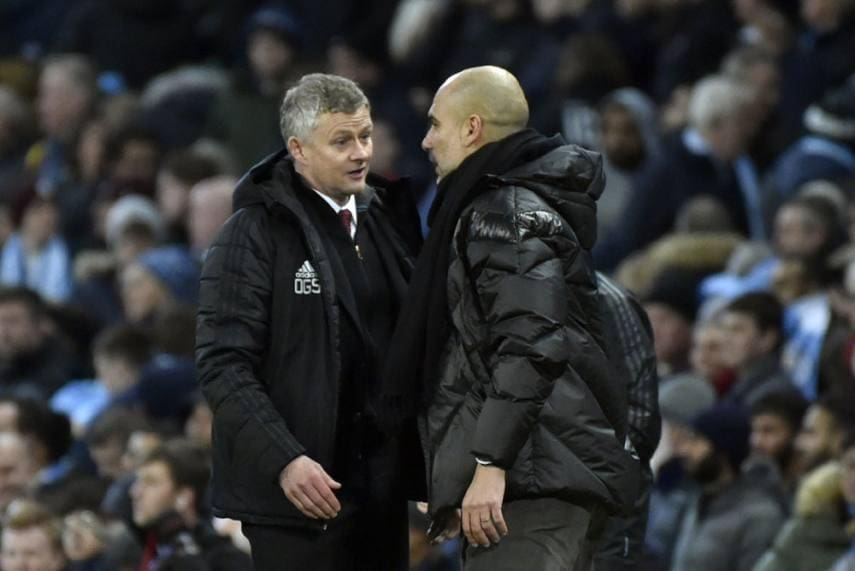 The Old Trafford Theater brings another Thriller on show on Saturday evening as the Blue half come calling for a Visit. There is always drama when this show is on display, 2000 spectators will experience the Thrill of this spectacular Derby Day for a show Like no other. United have found it hard to keep their Noisy Neighbors quite in recent years, having to hear them celebrate their Glory years. Manchester City travel for an away game which holds so much meaning for the locals, bragging rights will be up for grabs.

The Two Manchester Clubs have slowly clawed their way up the Premier League table City a little more unnoticed than United. A battle of 7th against 8th the winner moves into the top 4 spots. After disappointing starts to their seasons it looks like the two clubs have now found their foot, and with a game in hand it is an opportunity to leave the other team lagging behind.

Here are 5 Key Clashes that could change the Result of the Manchester Derby:

The two most creative players in the Premier League go head to head in this game, Fernandes has been the top chance creator in the Premier League this season a title that De Bruyne proudly held last season. The Two midfielders would want to get their teams on the front foot and the opening chance of the game would most likely be created by one of these two. De Bruyne just edges out Fernandes in terms of Assists with Fernandes just two behind while Fernandes leads the line in terms of Goals having scored 7 times already this season.

The two magicians of the Premier League battle it out this Saturday, the wizard with the strongest spell on the ball could very well win it for their Side.

Manchester United’s most defensively astute player, Wan-Bissaka will be tasked with stopping fellow Englishman Raheem Sterling. Sterling will be a massive threat down the right hand side and a combination of Wan-Bissaka and Lindelof could be needed to blunt Sterling’s attacking threats. Wan-Bissaka is great in one on one situations but if he is not able to track the Runs of Sterling then Manchester United could be in a lot of trouble.

After not tracking the run of Angelino in midweek which led to United conceding first, Wan-Bissaka will be a little more aware in marking Sterling’s position.

Marcus Rashford has been United’s match winner in so many big games in the last two seasons and it wouldn’t be a Surprise if he is the one getting on the scoresheet for United against their city rivals. Rashford scored a wonderful goal against West Ham in United’s last Premier League game, a delicate finish to chip it over the keeper showed that he has quality in the final third when he gets into those positions.

Rashford will be coming up against a class Center Back in Ruben Dias however who has been at the heart of Manchester City’s defense since his arrival at the Etihad. This will be a good Duel to look out for throughout the game, especially when United are in the Break.

Harry Maguire has usually delegated the responsibility of Marking the man to his Partner Victor Lindelof but in a bug game like this the Manchester United captain would want to take more responsibility on himself, Maguire has had one or two mistakes this season but has looked very solid overall. Gabriel Jesus has just started to get his season going after slowly getting back from injury and straight into the goalscorer mix, Jesus would want to get a goal in this game to make sure he keeps his place in the side with a fully fit Sergio Aguero looking to take back his position as City’s first choice striker.

The way Manchester United approach this game will be crucial in the way that this game pans out. If United decide to press and have more of the ball they could leave themselves exposed at the back, their defenders lack pace and won’t be able to cope with the Manchester City attack on the break. But if United play a low block and play on the counter attack then the game is pretty much on even playing field with City a team that likes to dominate possession and play a passing game it could play right into United’s hand if Ole Gunnar Solskjaer decides to set up defensively.

If Manchester United can take their chances on the break, then we could have a repeat of the Previous result as United won 2-0 last season. Ole did the double over Pep last season but can He get the Result again on Saturday.