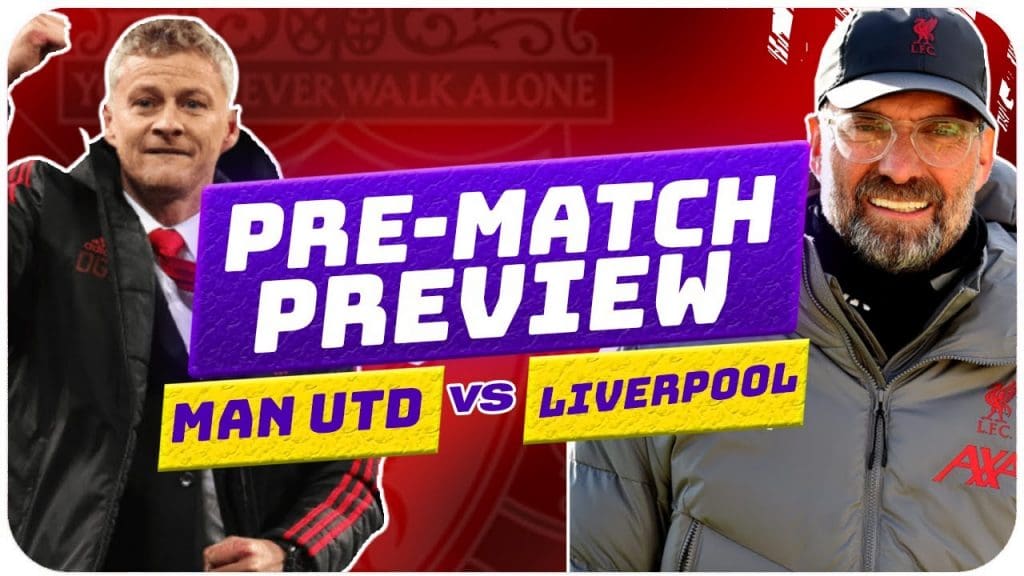 There are big games and then there is this game, a game that sets hearts racing for both sets of fans and provides a fantastic watching of quality, pace, and style of football for neutrals. A rivalry that is quite unmatched in English football and a game that means most than others for both fans, it is the North-West derby, it is Manchester United who takes on Liverpool at Old Trafford in the Premier League.

A game that over the years has given more than a fair share of magical moments, controversies, and passionate players, will see its 207th edition played out in Manchester on Sunday. Two of the most decorated and successful clubs in English football go head-to-head and this standout fixture is something always eagerly anticipated before the season starts. It is a game where form goes out of the window and it is a match that is judged purely on its merits. It is one of the biggest clashes in world football and it is something everyone looks forward to.

Manchester United enter into the game in hot form on the back of a 6-2 home thrashing of AS Roma in the UEFA Europa League on Thursday night. Braces from talisman Bruno Fernandes and star striker Edinson Cavani and goals from Paul Pogba and Mason Greenwood capped off a scintillating display from United. In usual fashion, the Red Devils came back from going 1-2 down at halftime and scored five goals as Roma fell apart. This win finally gave hope to the fans that their semi-final curse could be over and they now have one foot in the final. Domestically, United are on a 13-game unbeaten run in the Premier League, since last losing to Sheffield United at home back in January. On Sunday, they will be looking to consolidate on the 2nd place in the league and close the gap to City at the top to 7 points.

Liverpool have had a very poor year as compared to last season, and their injuries over the course have not helped. Their title defence has seen them plummet to 6th in the league, 4 points from the 4th place. The Merseyside club have been knocked out of all cup competitions and they will be heading to Old Trafford to get a win and get their fans something to shout about. Liverpool were last in action against Newcastle United at home and they just managed a draw after largely dominating the game. However, poor finishing cost them and the Magpies were able to leave Anfield with a point. Liverpool are without a win in their last three games in all competitions having drawn them all, and they will be looking to get out as much as possible from the remainder of the season. However, as of now, their place in the next year’s UCL is unlikely, with Chelsea, West Ham, Leicester all fighting for the last 2 spots.

United last faced Liverpool in the FA Cup at home, in which they ran out 3-2 winners, thanks to a Bruno Fernandes free-kick which proved to be the winner. The reverse fixture at Anfield in the Premier League was a 0-0 draw, and fans will expect more from this one.

To add to this already spicy fixture is the ghost of the European Super League fiasco, and both teams were knee-deep in it. Both sets of fans have protested against their owners and the protests seem set to be continued on Sunday. A big fixture like this will attract viewers from all around the world and both clubs will be looking to put out a statement on the pitch and hope their fans will forgive them.

Manchester United welcomed back Eric Bailly to the squad after the defender returned from quarantine, as he has tested positive for COVID-19. Anthony Martial was seen moving without a brace after the forward suffered a knee injury recently. However, the Frenchman has not yet returned to training and will miss out on the game. He will be hoping to feature at least once before the season ends. The only other injured player is Phil Jones, who continues to be sidelined with a long-term injury. Manager Ole Gunnar Solskjaer is expected to have a full squad at his disposal.

Liverpool have had a plethora of injuries this season. Virgil van Dijk, Joe Gomez, and captain Jordan Henderson are ruled out of the game although youngster Nat Phillips could return to the squad. Injury to Virgil van Dijk and Joe Gomez has left Liverpool short at the back, however, January signing Ozan Kabak has stepped up and has featured regularly, playing over 1000 minutes since signing. He is expected to start at Old Trafford.

Manchester United showed their class and ruthlessness on Thursday night, and although we might not see the same display against Liverpool, they will be expected to prevail over a poor Liverpool side. It will be a fantastic game and is expected to be very different from the nil-nil stalemate at Anfield in the reverse fixture.