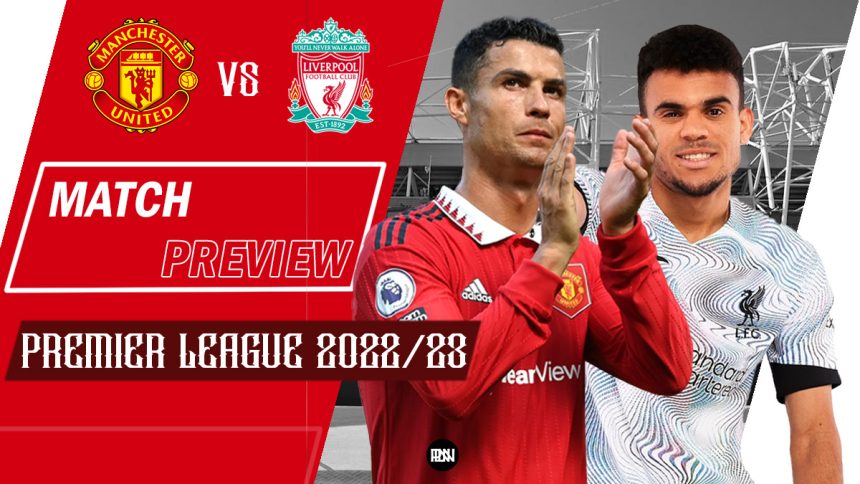 Manchester United vs Liverpool at the Theater of Dreams. It doesn’t get any bigger than this, as Man United are out for vengeance on their old foe after Liverpool humiliated them 5-0 last year at the same venue. However, United’s start to the season has been nothing short of abysmal, as Brighton & Hove Albion and Brentford thoroughly beat them.

Well, Liverpool are not in a similar situation, but they have also started the season poorly and are already 4 points behind title challengers Manchester City. Injuries to key players have been a worry to Jurgen Klopp, but he will look to secure his first win to kick-start the campaign. Fans can count on drama and high-profile footballing action when these two English titans square off. As a result, we are excited about this matchup as well.

Manchester United almost have a clean bill ahead of the Monday night clash. However, defender Victor Lindelof is ruled out against Liverpool after suffering a knock ahead of the first game week. At the same time, he has returned to training and could be in Erik Ten Hag’s plan sooner than later.

Following Lindelof is youngster Facundo Pellistri, who had an ankle strain during United’s pre-season clash against Atletico Madrid. Meanwhile, Anthony Martial is back in contention after missing the first two games due to an injury. This is undoubtedly a boost for Ten Hag, as he is desperately short of options in that position.

Darwin Nunez was awarded a red card against Crystal Palace last week, so he will serve the first of his three-match ban against United. Nevertheless, Roberto Firmino is fit and available and could slot straight into Jurgen Klopp’s 11 as a result of Diogo Jota’s absence.

With that being said, the Reds face a host of injuries with Thiago, Curtis Jones, Ibrahima Konate and Joel Matip all ruled out of this week’s game. As a result, Joe Gomez could start with Virgil van Dijk with Mo Salah being a viable option as a center forward if Firmino is not fully fit.

Manchester United arrived into the season with a glimpse of positively surrounding their season. With Erik Ten Hag’s arrival at the club, the United faithful hoped for a much-needed rebuild and a light at the end of the tunnel. However, with just 2 games in the campaign, they are at rock bottom in the Premier League and find themselves in a similar situation they were in the past.

The problems started with David de Gea as his mistakes sparked a thrashing against Brentford. Ten Hag even suggested that he could have substituted the entire starting 11 if possible. Hence, against an opponent of Liverpool’s caliber, the Dutchman could choose to start with a back 3.

Crystal Palace certainly showed the way to defend in a 5-4-1 compact setup against Liverpool and United could look to take notes from Patrick Vieira. The infamous Mc-Fred combo could also make a return if he opts for a back 4 after Christian Eriksen’s struggles as a deep-lying playmaker.

For Liverpool, they will hope to overcome Man United by improving their clinical ability in front of goal. They had their chances in the opening games but ultimately squandered them one too many times. With Nunez out, the onus could step on Luis Díaz and Mo Salah to be on the scoresheet. Harvey Elliot, who has impressed the fans in the opening two weeks, might have a say in the game as well.

Ten Hag started his tenure with a 4-0 win over Liverpool, but that seems to be a long way back. He will hope to get one over Jurgen Klopp and go above Liverpool in the standings.

Things have gone quiet for the Portuguese superstar since his incredible start to life at Manchester United. However, he has been central to Ten Hag’s plan and the fans will hope that he can regain his form. What better way to do it than against rivals and title favorites Liverpool?

Fernandes was used as a false 9 in the first game and as a creative midfielder in the second. With Ronaldo’s return, he will expect to play the number 10 role once again. As Liverpool hold a high line, the United manager will look to use Marcus Rashford’s pace on the break. So, Bruno might be the one who releases the England international.

Of course, his record is exceptional since he arrived in the Premier League. Despite going through a rough patch, the Liverpool defenders will undoubtedly be wary of his abilities to play a killer pass in behind the defence.

The Egyptian King is Liverpool’s go-to man, especially in the big games. With Sadio Mane’s departure, the burden to score will fall on him. But Salah is a player who likes to take that responsibility and enjoys being the key man at the top.

His hat-trick at Old Trafford will unquestionably stay fresh in the mind of the United defenders. His record against the Red Devils is breathtaking as he has scored 9 goals from 10 appearances, including 5 from last season.

With Manchester United defence struggling to find stability, this could prove to be another one of Salah’s extraordinary nights. He has an excellent connection with Harvey Elliot and Trent Alexander Arnold, which further smells danger for Manchester United. 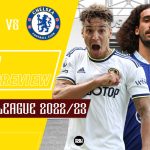