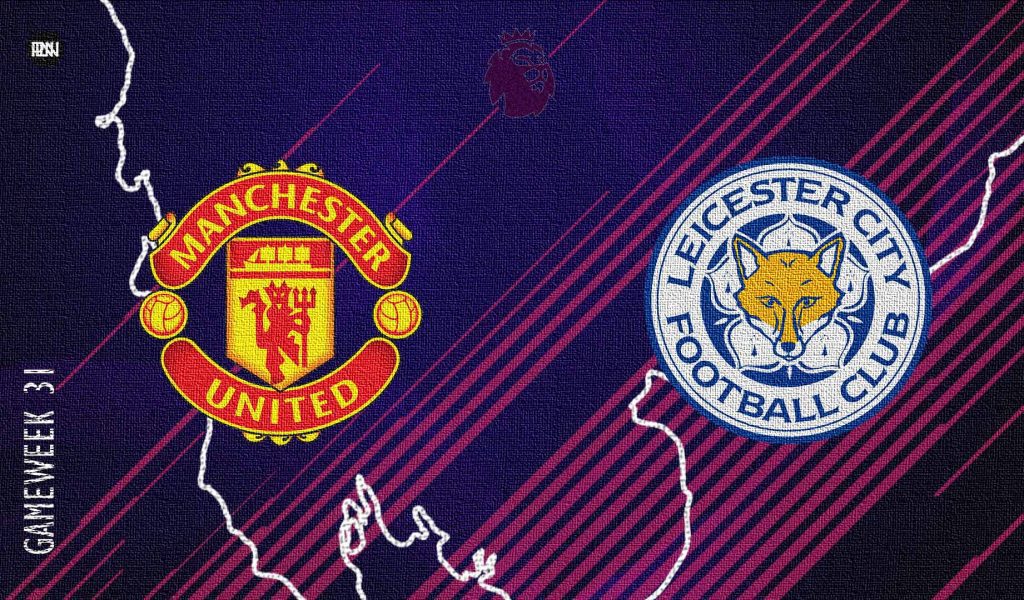 Following the International break, the Premier League is back this weekend. Manchester United face Leicester City on Saturday as they sit on the 6th point, four points behind Arsenal, who also have a game in hand. The match is pivotal to Manchester United’s hope for a top 4 finish. Leicester City on the other hand, are placed at the 10th position and are clearly struggling to make a mark this time.

Manchester United will be playing in the league for the first time since their win over Tottenham Hotspur, a match that saw Cristiano Ronaldo bagging a hat trick. Since then United crashed out of the Champions League after they lost 0-1 to Atletico Madrid at Old Trafford on March 15. During the International break, United officials were busy shortlisting their managerial candidates with Erik ten Hag being interviewed. With 9 matches left including matches against Liverpool, and Arsenal to name a few, The Red Devils face a stern task in sealing a berth in the top 4. But the absence of any European football should give Ralf Rangnick an extra advantage to keep his players fresh and it would be interesting to watch how the season ends for Manchester United.

Leicester City, who finished 5th last season missing out on the last Champions League spot by a solitary point to Chelsea, have visibly struggled in this season. The Foxes are 10 points behind eighth-placed Wolverhampton Wanderers going into this weekend’s games, but they have three games in hand on both Wolves and seventh-placed West Ham, so it would be surprising if they didn’t finish in the top half of the table. Leicester City on the other hand are still in the hunt for European silverware this season. The Brendan Rodgers coached side cruised past Rennes in the round of 16 and now will face PSV Eindhoven in the Quarter Final. Leicester City will visit Old Trafford after winning their last Premier League match against Brentford, 2-1.

Mason Greenwood remains suspended until further notice while Uruguayan International Edinson Cavani will miss out on this match after injuring himself during the International break. Fred and Alex Telles will need to pass a fitness test to be eligible to be up for selection. France duo Raphael Varane and Paul Pogba are expected to return for the match despite the former being substituted in their last match against South Africa. Neither Jadon Sancho nor Marcus Rashford were involved in the International break so they are expected to be in the starting lineup. Portuguese superstars Bruno Fernandes and Cristiano Ronaldo are expected to start after they collectively helped Portugal to qualify for the 2022 Qatar World Cup. Luke Shaw, who was on the scoresheet for England against Switzerland during the International break is expected to start as the Left Back while Diego Dalot will be chosen over Wan Bissaka on the right side of the defence.

Leicester City’s defence will be boosted by the return of Johnny Evans and Wesley Fofana. The Foxes’ last match saw the return of Timothy Castagne, who also scored a goal. Marc Albrighton and Harvey Barnes are also expected to be a part of the clash despite facing some recent health issues. City’s talisman, one-time golden boot winner, Jamie Vardy is expected to give this clash a miss as he is yet to recover from a knee injury. Holding midfielder, Wilfred Ndidi remains as the long term absentee for the Foxes. Other absentees include Danny Ward, Ryan Bertrand.

Manchester United have been in a more roller coaster ride in the past few weeks, as they were rolled over by Manchester City in the Manchester Derby before sealing a win against Spurs courtesy to Ronaldo’s 2nd hattrick for The Red Devils. United’s skipper has been subjected to severe criticism with Varane’s inconsistency has not helped United much as they have leaked 6 goals in their last 2 matches. With Fred being in the form of his life under Rangnick, it would be interesting to see if Pogba forms a double pivot with the Brazilian or is dropped for Mctominay. Ronaldo and Bruno are high on mojo as they guided their country to the World Cup during the International break. With a contract extension till 2026, The Portuguese Magnifico will surely look forward to bossing the midfield in the absence of Ndidi. United have not lost in 7 of their last 9 games and have scored in 12 of their last 14 games.

When Leicester City takes on Man United on Saturday at Old Trafford, they are expected to face a difficult task. It would be incredible to see the former take any points here after a streak of dismal games at best. Following last season’s impressive spell, Rodgers has failed miserably to recreate the same form this season. The Foxes have lost in 9 out of their last 11 away matches. Leicester City have been plagued with injuries or illnesses. The return of Evans and Fofana along with the availability of Soyuncu will be a boost for them as they will face the attacking trio of Ronaldo, Sancho, Bruno, et al. The absence of Ndidi will be a huge advantage for the home side. Daka, who is expected to get the nod ahead of Kelechi will be responsible to carry out the attack of the visiting side along with James Maddison and Harvey Barnes. Barnes and Daka’s pace can trouble United’s backline, especially Maguire, who is not known for being a pacey player.

This man has a hat trick in the last Premier League match. Ronaldo has scored 4 goals in his 6 matches and is very close to breaking another record as he sets his eyes on just his 2nd competitive match against Leicester City. Ronaldo who turned 37 this year has scored 12 goals in the league this season. Gianfranco Zola has the record of scoring the most number of goals for 36 years old. The Italian great scored 14 goals in the league 19 years ago and since then no one has come close to breaking the record. Cristiano Ronaldo in his 2nd spell at United will look forward to breaking this record very soon. With United out of the Champions League this season, Ronaldo has to step up his game and do the unthinkable of finishing the season inside the top 4 of the league, the only way to feature in the UEFA Cristiano League, next season.

Arsenal were linked with a bid for James Maddison this summer. He stayed at Leicester, though, and has had a hit-or-miss season. With a great end to the season, he might re-enter the top six teams’ consideration. He is entering a critical stage in his career at the age of 25, as he aspires to play at the best level. During the previous 12 months, his England ambitions have taken a back seat, and he appears to be further away from Gareth Southgate’s mind than ever before. Despite his improved goal threat and excellent form in the Premier League, this is the case. He’s gotten a lot more direct in recent months, and he’s just one goal away from matching his previous best Premier League season return. Maddison will be eager to reach the tenth position. This weekend is his chance to shine in a major game. Because Manchester United lacks a defensive midfielder, he will have an opportunity to influence the game.