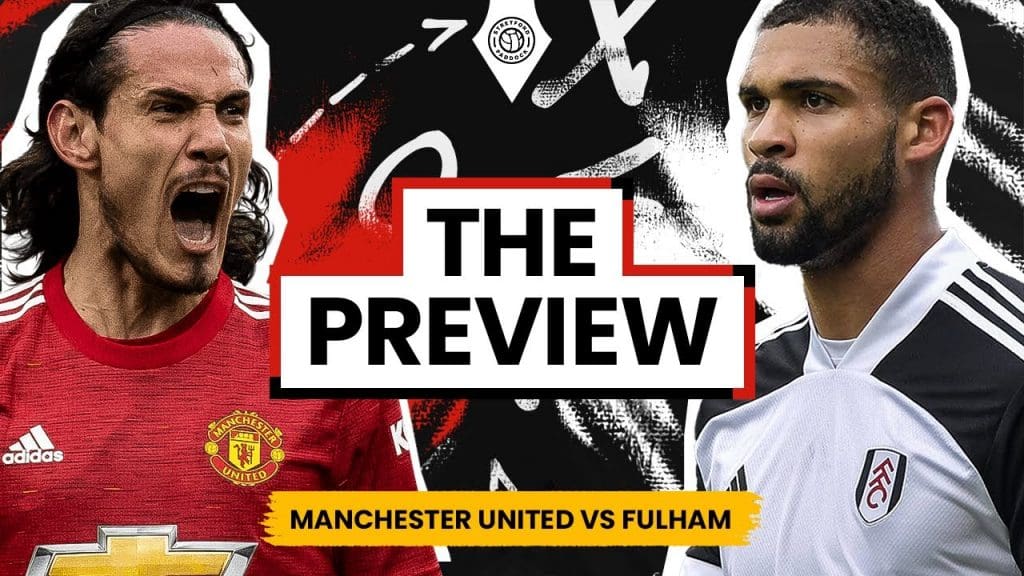 It’s the penultimate game week of the 2020/2021 Premier League season, and Fulham visits Manchester United at Old Trafford on Tuesday, as they look to end a poor season on a high note.

Man United enters into this game on the back of two home defeats in a row and will be desperate to get some form and momentum back as they head into next week’s Europa League final. They suffered a huge blow when their captain and main centre-back Harry Maguire was ruled out for the remaining few league games, and manager Ole Gunnar Solskjaer will be hoping his defence can cope without him.

A congested fixture list saw the Red Devils play 3 games in a space of 5 days, a situation described as ‘ridiculous’ by the manager. However, with Champions League football for next season already confirmed, Solskjaer won’t be afraid to make some changes to the squad and test his defence, in case Harry Maguire is not available for the Europa League final. United were last in action against Liverpool at home, when they put in a poor display and lost 2-4

Fulham have been already relegated, and they will be planning for life back in the Championship after just one season in England’s top-flight competition. It was a pretty dismal season for the Cottagers, as a 2-0 defeat to Burnley last week saw their demotion confirmed. With a second relegation from the Premier League in 4 years, Fulham will be desperate to remove their ‘yo-yo’ tag. Manager Scott Parker will already be planning for his squad for the next season and will be giving youngsters a chance to play in the remaining games this season. Fulham last played against Southampton on Saturday and lost 3-1 away from home.

Manchester United will be without captain and centre-back Harry Maguire, who has been ruled out till the end of the PL season. However, French forward Anthony Martial was spotted back in training, after being out injured since the end of March. It is unlikely that he will feature in the game, but it cannot be ruled out entirely. Welsh winger Daniel James has been out with an unknown injury since the first week of May, and has not been in training yet, and is almost certainly ruled out of the game against Fulham.

Fulham will be without midfielder Tom Cairney and defenders Terence Kongolo and Alfie Mawson. Fullback Antonee Robinson will also miss out on the trip to Old Trafford. Mario Lemina, who was ineligible to face his parent club Southampton last week, is set to return to the squad and could feature in the lineup. Manager Scott Parker will possibly make a few changes and give those who haven’t played much this season a chance, with nothing left to play for now.