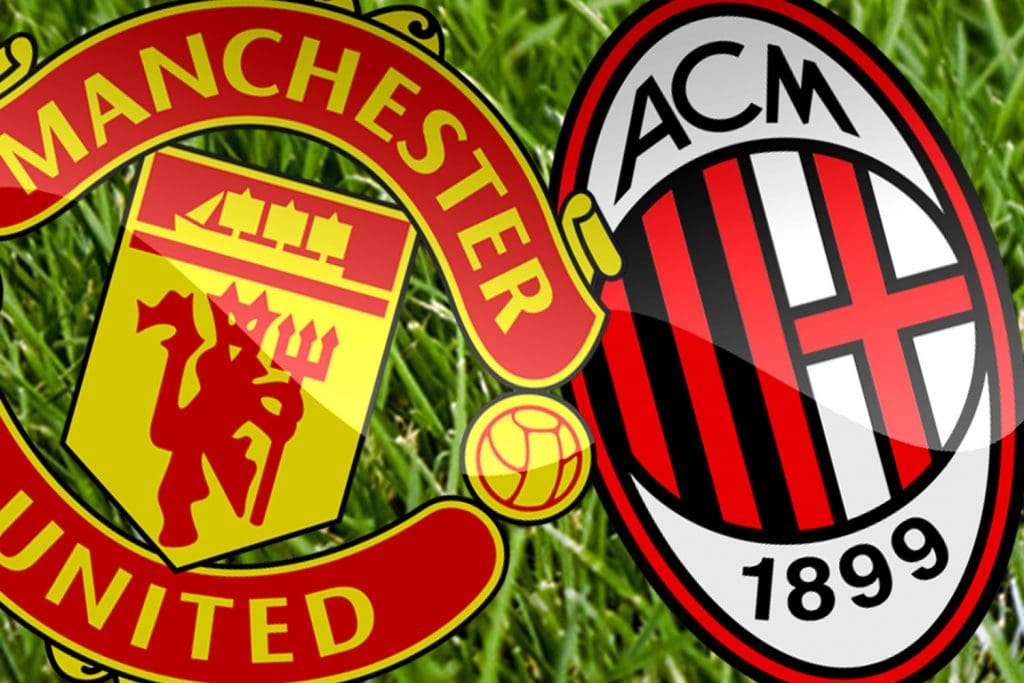 Manchester United take on AC Milan in the first leg of the Europa League Round of 16 at Old Trafford. This fixture pits two European giants who were once dominant in their respective domestic leagues and in Europe winning a combined 10 Champions Leagues and 38 league titles between them. This Europa League fixture just shows how far the Giants have fallen, but are back on the road to being dominant once again, with both having positive seasons so far.

Ole Gunnar’s men will be in fine spirits for the game after their resounding 2-0 derby win over league leaders Manchester City. Man United showed great character to defend and counterattack the Citizens, who were on a 21 game-winning run. That win will have certainly instilled a lot of confidence in the squad and they will be eager to get out on the pitch and show their game on Thursday night.

AC Milan also won by a scoreline of 2-0 on Sunday and will be prepared for this game. The Rossoneri sit 6 points behind their rivals Inter in the Serie A and are looking to win their first league title since 2010-11. Milan made light work of Verona on Sunday, and their defense was hardly troubled throughout the game. Diogo Dalot, the Manchester United right-back on loan to Milan, scored his first top-flight goal after Rade Krunic had put the Rossoneri ahead with a well-taken freekick. Milan will certainly be looking to build on that result at Old Trafford and will be looking to get some vital away goals.

Manchester United suffered a big injury blow in Sunday’s derby, with Marcus Rashford limping out of the match in the 73rd minute with what looked like an ankle sprain. If reports are true, Rashford is almost certainly ruled out of the UEL fixture and could be sidelined for up to 2 or 3 weeks. Edinson Cavani missed out on the derby after aggravating his injury in training and is a doubt for the midweek game. Donny van de Beek has not featured in any of the last five United games and is also a major doubt for Thursday. Paul Pogba, Phil Jones and Juan Mata are expected to be ruled out of the game. David de Gea who is in Spain for the birth of his child will also miss out on Milan’s visit to Old Trafford.

AC Milan have suffered a quadruple injury blow with their main forward Zlatan Ibrahimovic ruled out of the game, missing out on a reunion with his former club. Calciomercato reported attackers Ante Rebic and Hakan Calhanoglu will miss out on the Old Trafford visit. Veteran striker Mario Mandzukic and key defensive midfielder Ismael Bennacer are also ruled out of Thursday’s game. Theo Hernandez also looks certain to be sidelined. However, Sandro Tonali should feature after being left on the bench as a precaution on Sunday. The Rossoneri are far from full strength for this game with many key players out and the league being an obvious focus, their lineup will be subject to rotation

The Italians are missing several vital players and we feel that the Red Devils will be too strong at home. AC Milan will feel a bit unlucky with the injuries they have suffered before such a big clash, but will certainly look to give it their all with the players they have. Manchester United have been inconsistent this season and those inconsistencies could expose them, but they are the clear favorites for this tie. With Manchester United also missing one or two key players this tie will certainly be close and the Red Devils will be hoping to put on a show like they did in the first leg against Real Sociedad.

Ezgjan Alioski: Can Leeds United persuade the 29-year-old to stay at the club?
Alexandre Lacazette: Why parting ways is the best way forward for the Frenchman and his employeers
To Top