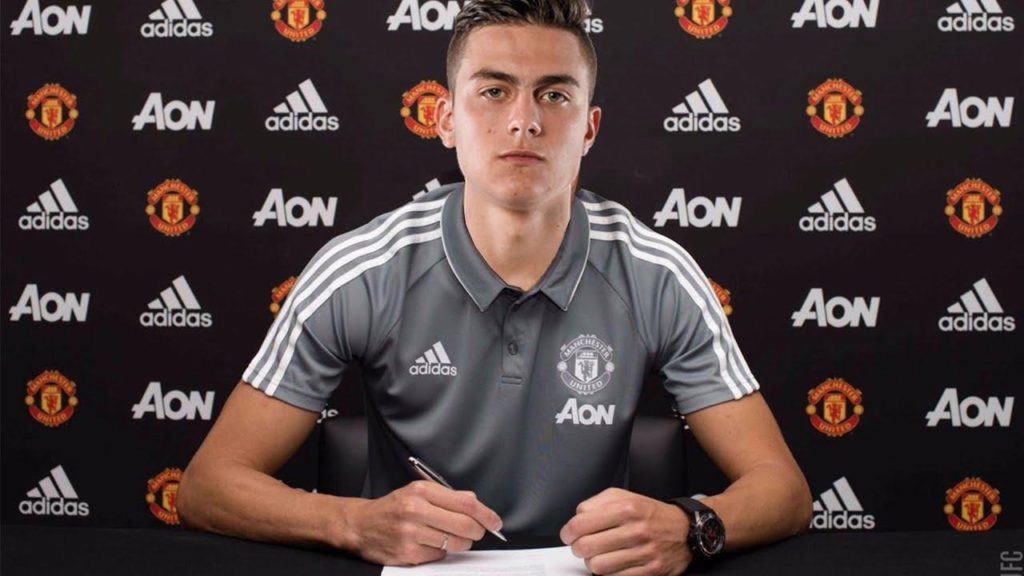 United are amongst the few Premier League clubs who have ambitious plans for the summer transfer window and while their bid to sign long term target Jadon Sancho has halted, for now, they have turned their heads towards another marquee signing.

The Manchester giants are looking to sign Paulo Dybala from Juventus. The Serie A side are actively looking to sell one of their attacking duo of Cristiano Ronaldo and Paulo Dybala. And while shifting a 35-year-old Ronaldo can be an issue, however, Dybala is sure to have his suitors. And it’s being mentioned that Premier League outfits are pondering over a swap deal between Paul Pogba and the Argentine midfielder.

Man United have reportedly lined up Juventus’s Douglas Costa as a possible back-up option if their bid to sign long term target Jadon Sancho fails. While talks have continued between the two clubs over a deal for the former Manchester City graduate. Things aren’t looking the prettiest for Sancho’s arrival at the theatre of dreams.

Hence Manchester United have kept their options open as Douglas Costa is the latest name to be added to their list options to cover the weakened right flanks of theirs which is currently occupied by Mason Greenwood. The Brazilian is reportedly available for transfer as the Serie A side is looking to make wholesale changes to their squad after missing out on yet another Champions League.

Reports have emerged stating that Aston Villa Captain, Jack Grealish, is not one of those names included in the summer shopping list by Manchester United. The Englishman has been linked to a move to the Old Trafford ever since the start of the transfer window, however, he could still be away from his first big move as the red devils aren’t keen on him, yet.

AS Roma are back to sign Manchester United’s Chris Smalling, the Italian club were first chased away by the price tag slapped by United on Smalling but are now back with fresh terms for a permanent switch to the Serie A for the English international.