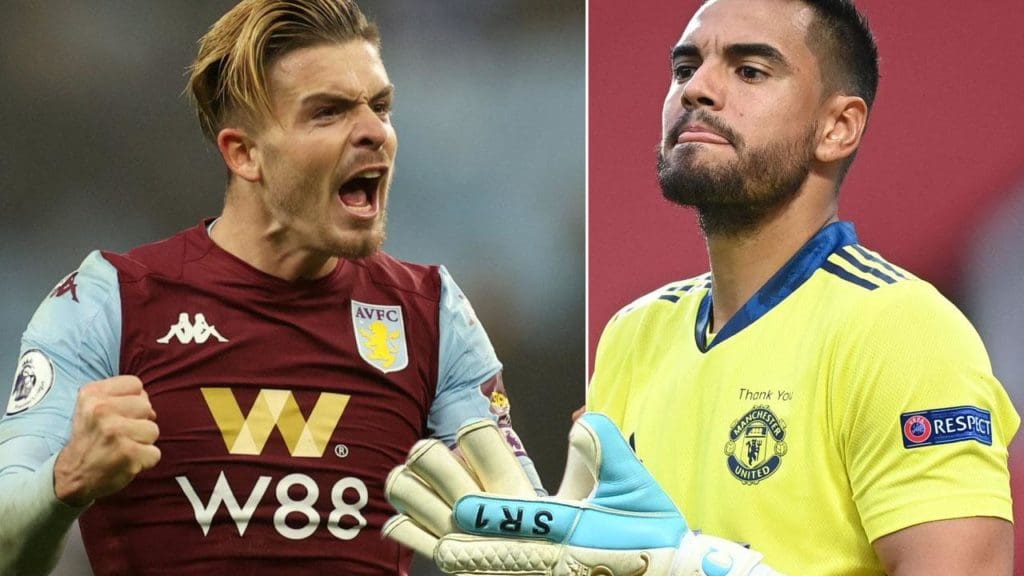 According reports from the English media, Manchester United have not surrendered their pursuit of Aston Villa captain Jack Grealish ahead of the 2019/20 season.

Though the Red Devils are so bent on their pursuit of Jadon Sancho from Borussia Dortmund, they are far from giving up on Grealish.

The 24-year-old has long been noticed by United since his emergence into the Premier League scene, and with Villa surviving the relegation scare on the last day of the 2019/20 campaign, they could demand for a staggering fee for their skipper.

However, the latest from the Mail suggests that Ole Gunnar Solskjaer’s side are hoping to buy the midfielder at a discounted fee by using Sergio Romero as a makeshift in any deal this summer.

The Argentina international is said to be frustrated at the club having been denied a spot in any of the club’s three semi-final losses in the cup competitions this season despite playing a major role in their run to that stage.

And with United welcoming Dean Henderson back from his loan spell at Sheffield United, Romero could be set to leave the club in this summer’s transfer window.

The Villans were reported to have asked about the availability of Henderson but their enquiry was rebuffed by the Manchester outfit, with Solskjaer said to be keen to integrate the 23-year-old into the first team frame at Old Trafford.

Dean Smith’s side are believed to be in the market for a shot-stopper following the return of Pepe Reina to AC Milan after his loan spell with the Premier League side, while first-chice goalkeeper Tom Heaton is still recovering from a cruciate ligament injury.

Romero carries the needed experience that could prove to be vital for Villa despite being 33 years.

He has served as one of the best back-up goalkeeper’s in the world since joining United in 2015 as a free agent, and Villa could be tempted to accept United’s offer.

How Pierre-Emile Højbjerg will fit in at Spurs
Dean Henderson: The successor to De gea?
To Top