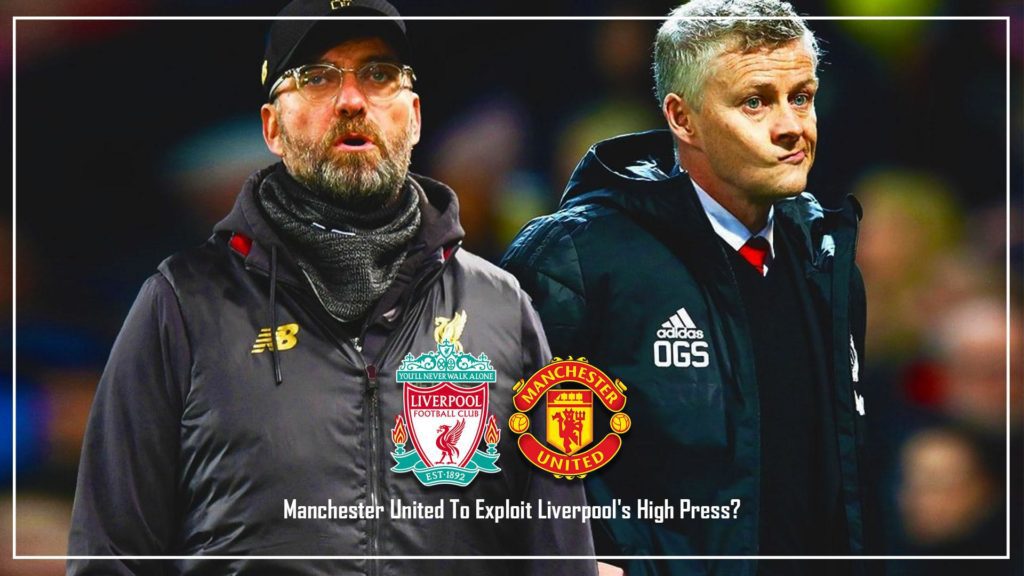 The next Premier League game week is one that every football fan is waiting for. Manchester-Liverpool Rivalry has increased in significance as this time (long overdue), the Reds are playing to regain their lead at the top of the Premier League table and the Red Devils are playing to extend their lead. With 3 points behind Manchester United (with a greater goal difference) Jurgen Klopp will know a win will work wonders in Liverpool’s quest to defend the league. However, as things stand, looking at the available players and the football played, Ole Gunnar Solskjær might have what it takes to defeat Liverpool and go six points clear at the top of the table.

Liverpool plays a 4-3-3 formation with full-backs on both sides, marauding down their flanks to whip in crosses for their inverted wingers and striker to attack. Klopp seems to be flexible with his team selection, but no so much with his tactics, and a key component of his tactics is the high press which might backfire this time around. Manchester United has a pacey attack, with Rashford, Martial, Greenwood, Cavani, and James, and these attackers will no doubt create problems for a shaky backline, which will have either out of position, or inexperienced players.

The Highline played by Liverpool will see full-backs Trent Alexander Arnold and Andy Robertson push further upfield and centre-backs Fabinho and Henderson (or Rhys Williams) stay just off the half-line. Manchester United will look to play their usual counter-attacking game which means on winning the ball in midfield or defence, the runners and will take off and there won’t be anyone to break the counter-attack on the wings or in the centre. All it requires is one killer ball from Bruno Fernandes such as the one versus Wolves for Rashford’s goal or the one to Cavani versus Burnley. Liverpool’s midfield will be more focused on the creative part, and hence will be out of position if a counter-attack is launched.

In previous games, Rashford has often exploited TAA poor positioning and will look to do so in this game as well. Liverpool’s current tactic works wonders when there is a figure as imposing as Virgil van Dijk in defence, but a high press with no proper, experienced, seasoned centre back pairing is nothing short of paradise for a pacey counter-attacking team.

Liverpool’s world-class attack with Mane and Salah as inverted wingers and Firmino as a false 9 will be up to the task, but if Ole chooses to go with a back three, the trio will find it difficult to break down a stubborn United defence with Eric Bailly putting in brilliant performances match after match.

It will be a fairly competitive match, but keeping the team news in mind and the tactics deployed, there is a greater chance for Manchester United to come out on top, having scored on the counter, and putting in a fairly strong defensive display.

Mikel Arteta: Why the Spaniard is getting his hold back at Arsenal
Leeds United vs Brighton – 5 Key Clashes | Premier League
To Top