The defender is said to be an alternative for Chelsea, who are keen on signing Leicester City player Ben Chilwell in the summer window.

United are also said to be in the market for reinforcements after gaining qualification to play in the Champions League next season, and have identified Telles as one who can potentially improve the team.

Luke Shaw and Brandon Williams have been the club’s left-back options for the 2019/20 season, but Ole Gunnar Solskjaer is believed to want a healthy competition in that position.

Shaw improved upon his fitness issues this season, but was still found wanting at some point and was ruled out after the Premier League clash with Southampton at Old Trafford last month.

And now the Manchester outfit are reported to be considering a move for Telles, who has been in great form at Porto in the last few seasons, according to Portuguese publication A Bola.

In the 2019/20 season, the Brazil international provided enough attacking returns across all competitions for his side as they finished the Primera Liga as champions.

Telles was involved in 25 goals in 47 outings, scoring 13 times and turning the provider on 12 occasions.

The left-back is believed to have a release clause in his deal at the Estadio do Dragao which is set at £36.4 million and expires during the summer 2021. But Porto are believed to have lowered their demands as they look to encourage offers for one of their top performers in the summer.

Telles addition will be a good one for United considering the player has had the chance of playing in the Champions League. 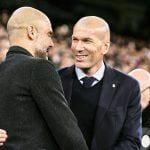