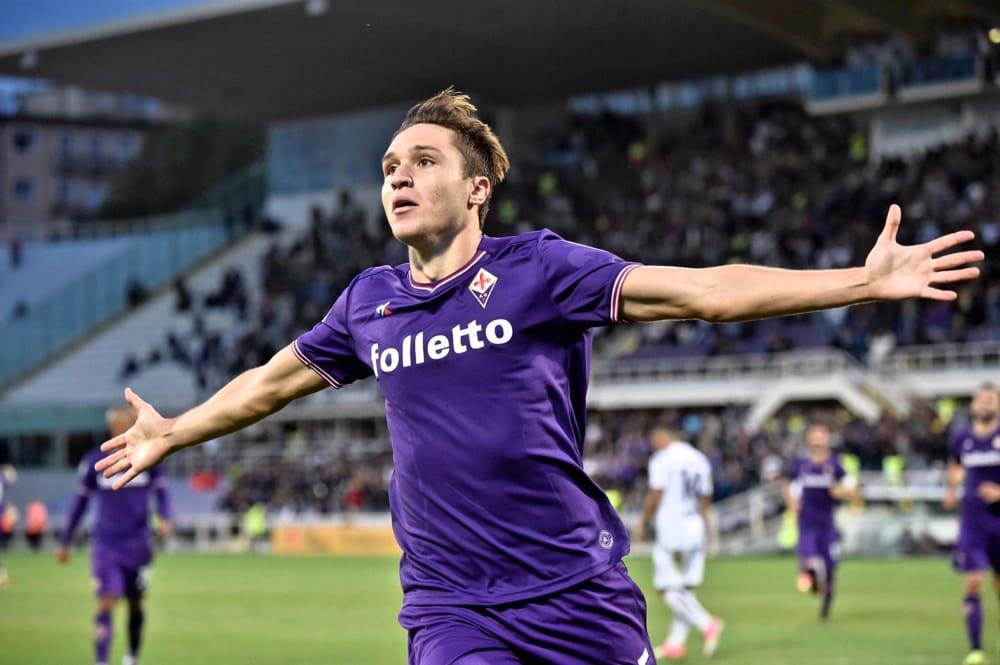 Fiorentina youngster Federico Chiesa has opened up about transfer rumours linking him to Manchester United.

The 22-year-old Italian has attracted interests from Serie A rivals Juventus and other Premier league giants including United and Chelsea with his performances.

He has been very crucial for the Viola as he has managed to bag seven goals and provided five assists in 26 appearances this season.

Cheisa is reported to be an alternative target for the Red Devils who have made Jadon Sancho a priority.

However, the Italy international insists he is not in a hurry to leave Florence and admits to not having an agent.

Speaking to Italian outlet, Corriere dello Sport, Cheisa said: “There are no negotiations, there is Fiorentina. I do not have an agent, so I speak to the club and my father is always by my side. He is like my personal assistant!

“We never even considered hiring an agent, but I don’t know if that will continue in future. The rumour linking me with Francesco Totti’s agency was fake news and he was the first to contact the club to clarify that.

“I’ve spoken so much to the president, Joe Barone and Daniele Prade over the last year, but I am concentrated only on the present. I focus on working every day, achieving immediate objectives, first and foremost securing safety. We just hope to get back to playing and the rest will follow.”

Chiesa has been through the youth ranks of Fiorentina and with his current contract running until 2022, the Serie A side cannot risk losing him considering the impact he provides on the field.

Nonetheless, a transfer to a big club looks imminent and a bold step to for the Italian youngster to take as he’s set to compete at the top level.

Take a look at Chelsea’s leaked third kit and away kit for the next season
Newcastle United 2020-21 away & third kit LEAKED!
To Top