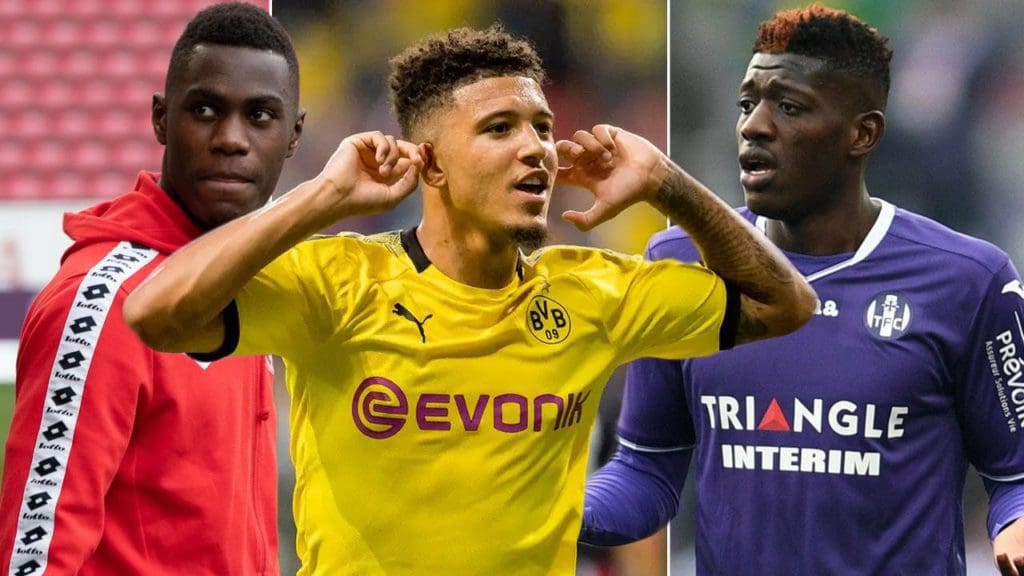 After a fantastic end to the Premier League, Manchester United are back in Europe’s premier competition. This season has been a successful one for Ole Gunnar Solskjær after many fans and pundits alike were left to wonder at end of 18-19 campaign whether he is the right man for the job.

A third place finish and three semifinals in cup competitions will be satisfying but for a club of Manchester United’s stature it will be not enough in the long term.

New (realistic) impact signings like Bruno Fernandes will be needed and having said that here are my suggestions which The Red Devils could use to challenge Liverpool and Manchester City for the Premier League title:

Bruno Fernandes has provided some much needed push going forward and Paul Pogba has looked more happy to play for the first time in many seasons. Although Nemanja Matic has been excellent in the second half of the season, he is 32 and will need cover. Current options Fred and Scott McTominay lack in one dimension or other.

It looks like 22-year-old Ivorian International, Ibrahim Sangaré would be a perfect addition. He is currently playing for French side Toulouse FC which got relegated the previous campaign.

Sangaré is an excellent tackler of the ball and standing at 6ft3in takes full advantage of his physicality and conjoined with athleticism.

He completes a monstrous five tackles&interceptions, 7.7 successful pressures and clears the ball 2 times per 90. Last year at Toulouse, he was instrumental in progressing the ball further up the pitch with 1.2 dribbles completed per match along with taking 1 shot and providing 1.1 key-passes in a side that finished bottom of the league. There is little doubt that Sangaré’s qualities will shine even more in better team.

Harry Maguire has had a solid start at Old Trafford despite some costly errors during the course of the season. He has had to adjust playing in the left-side of the centre-back position to accommodate Victor Lindelof in the team.

As the evident from Manchester United’s Europa League semi-final defeat to Sevilla, an upgrade/competitor is needed for Victor.

Step in Moussa Niakhaté from Mainz 05. The 24-year-old French International has had an amazing season at Mainz 05. Comfortable playing on the left-side of central defense, Niakhaté could be the perfect player to start alongside captain Maguire.

His leadership at Mainz 05 are lauded by all fans and journalists alike. He is calm, modern ball playing centre-back who does get beaten easily one-on-one situations. The French International will sit back and allow Harry Magiure use his skills to progress the ball high up the pitch.

Valued at just £11m by Transfermarkt, United should move for him quickly as AS Roma are considering to sign this season.

This choice is an obvious one. Of course it had be the future star of world football – Jadon Sancho, who is my suggestion for the right wing problems faced by United for quite a number of years.

After failing to get substantial amount of game time under Pep Guardiola at Manchester City, Sancho took the bold decision of moving to Borussia Dortmund for a fee reported to be in the region of £8m.

And after scoring 33 goals and providing 37 assists, he has the world at his feet. Already considered as one of the best players in the world is an amazing achievement considering that he is just twnety. Last year at Signal Iduna Park, Sancho really everyone got to notice his talent, scoring 17 and further providing 16 assists for his teammates.

He took 1.6 shots per game, created 2.2 chances and completed 2.4 dribbles per 90 minutes. These elite numbers and any team in the world would love to Sancho in their starting lineup.

Although as of now it looks highly unlikely – although IF Manchester United get this deal over the line then there no doubt he will make United’s attack one of most feared in Europe.