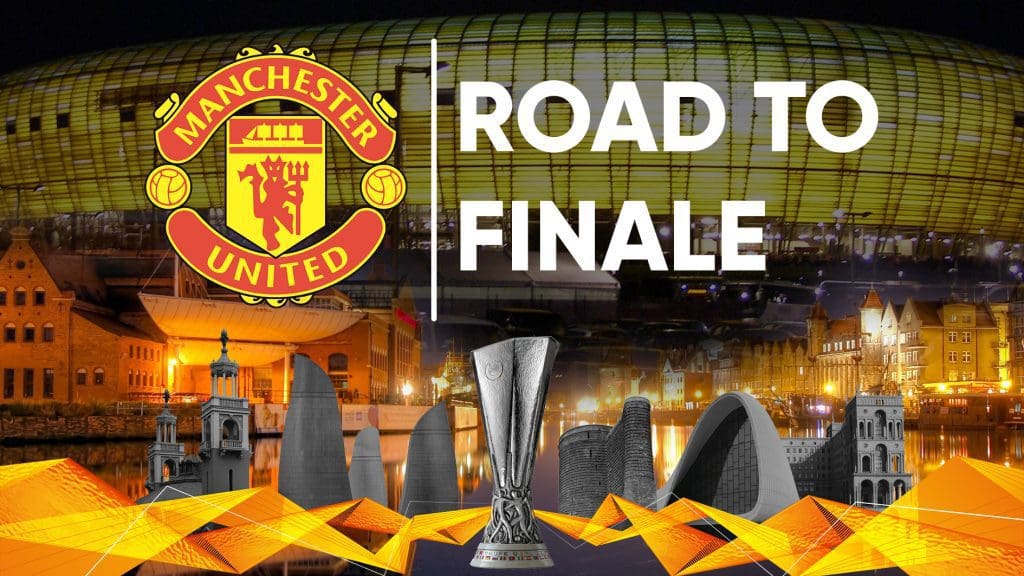 Manchester United takes on Villarreal in the UEFA Europa League final on Wednesday, and United fans, who haven’t seen their club lift a trophy since 2017, are absolutely buzzing. But it’s not as easy as it sounds, Villarreal have proved that they are no pushovers and it certainly makes for an exciting and tense finale that fans of both sides and neutrals as well are bound to enjoy.

United certainly did not want to be in the competition at the start of the season, but a very tough Champions League group saw them crash out of the competition and into the Europa League in dramatic fashion. Having defeated PSG away and humiliated RB Leipzig at home, United were top of the group by November. However, needing one point from 2 games to go through, the Red Devils suffered a collapse losing to PSG at home and followed by 3-2 loss to Leipzig away. That sent United into the Europa League, and from there on we take a look at Manchester United’s road to the final.

Man United faced high-flying Spanish club Real Sociedad in the round of 32. A team that consisted of former United winger Adnan Januzaj and former Man City midfielder David Silva, Sociedad were having a brilliant season in their domestic league. However, United sliced through the Spanish club like a hot knife through butter, beating them 4-0 in the first leg away from home. The away leg was played at a neutral venue, due to COVID restrictions in Spain.

With a strong display and 4 away goals, Man Utd were all but through to the next round. Drawing the return leg at Old Trafford 0-0 confirmed their place in the Europa League Round of 16.

The second of five obstacles in United’s path to the UEL trophy was AC Milan. A club like United, who had not seen recent success in the league or in the top-flight European competition, this was a battle between two fallen giants. It proved to be exactly what the supporters thought they would get with an end-to-end battle between the two at Old Trafford in the first leg. With the game locked at 0-0 at half-time, United manager Ole Gunnar Solskjaer brought on young winger Amad Diallo to shake things up. And shake things up he did, with a wonderful back header after a delightful pass by Bruno Fernandes. However, United could not hold the lead until the end and Milan snatched a goal in the dying minutes of the game.

In the return leg, United were boosted by the return of Paul Pogba to the squad. At San Siro, the game was perfectly set up for an exciting game and United ran out narrow winners, thanks to Pogba who scored a scrappy yet brilliant goal to give United the lead. This time the Red Devils did manage to hold on to the lead and progressed to the quarter-finals after defeating a historic club in a mighty tussle.

United traveled to Spain as the overwhelming favourites and were expected to go through to the semi-finals. But Granada made life hard for the English club and a moment of brilliance from Victor Lindelof and Marcus Rashford was needed to put United in the lead in the first leg away from home. A beautiful ball over the top by the centre-back was taken equally beautifully by Rashford and slotted past the goalkeeper as the Granada defense was caught sleeping. From there on United were on top and ran out 2-0 winners taking the lead of the tie.

At Old Trafford, Granada were the second-best team as United made light work and won 2-0 again. A convincing 4-0 aggregate score sent the Red Devils to the semi-finals for a clash with AS Roma.

Manchester United vs AS Roma

Yet another Italian club proving to be an impediment for Man United, this was a highly anticipated battle for many reasons. One of them being the return of former United players Chris Smalling and Henrik Mkhitaryan to Old Trafford. The first leg of this tie was one of the best games of the season, as goals rained down upon Manchester. United took the lead with some beautiful one-touch passing between Pogba, Cavani, and Fernandes, after which the latter chipped the Roma keeper. However, Roma equalised through a controversial penalty decision and then took the lead soon after to go 1-2 up at half-time.

After the break, United came out firing on all cylinders, equalising through a wonderful Cavani goal just 3 minutes after the restart. It was all United after that then, as they ran riot scoring 4 more goals in 20 minutes. Roma were thoroughly beaten and the Solskjaer’s men took a 6-2 lead to the second leg.

The second leg proved to be just as entertaining and although some astonishing heroics from David de Gea for Manchester United kept out the hosts, they won the second leg 3-2. This was not enough for them to go through, however, and Manchester United the more dominant of the two went ahead into the final with a scoreline of 8-4 in their favour.

Now the eyes of many viewers across the world are fixated on Wednesday night to see the battle between United and Villarreal. For Villarreal, a UCL spot is on the line after their league position was just good enough to see them qualify for next season’s UCL. For United, it is a chance for their first trophy under manager Ole Gunnar Solskjaer and the first trophy since 2017. Who do you think will come out on top?