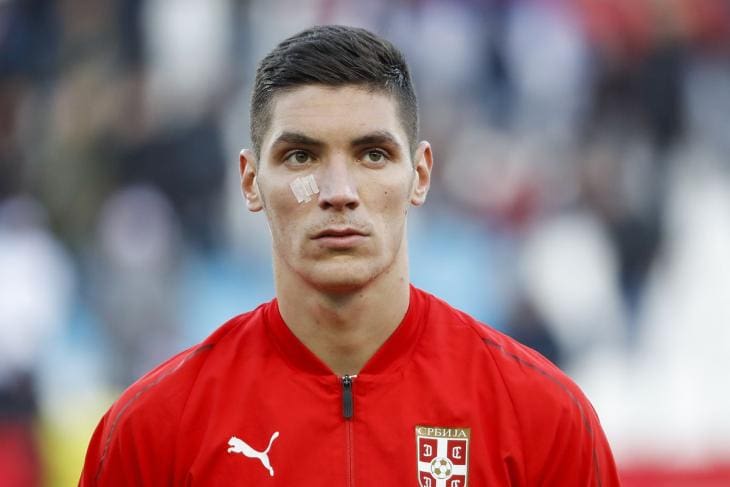 Manchester United are desperate to bolster their defence this summer and are keen on signing Florentina centre-back Nikola Milenkovic.

Before the start of this season, Manchester United badly wanted to bolster their defence by bringing in a central defender who would be great in the air. Dayot Upamecano from RB Leipzig was on their priority list this summer but the clubs could not reach a contract. And just while the Red Devils were looking to taper the interest on the Frenchman, their defensive woes erupted calling out the necessity of a quality centre-back in their squad.

Embed from Getty ImagesBoth Harry Maguire and Victor Lindelof have been charged with giving away goals, letting players onside, and being weak in the air. The duo has now conceded 30 goals in the Premier League which is the most by any team in the top 10 of the table. If it were not the case, United would have still been near or above City in the points table.

Manchester City are leading the table because of their defensive wonders by Ruben Dias and John Stones because of which the Blues of Manchester have been able to keep 13 clean sheets in only 21 games. The Red Devils, looking at the success of their neighbours via a centre-defender have started yearning to get Milenkovic this summer.

Solksjaer has realised his mistake of not signing a choice centre-back last summer and therefore wants to get Milenkovic who has been under their radar since Jose Mourinho’s reign. Then the youngster was rejected for being inexperienced but after two quality seasons at Serie A, he is termed legible to be a part of United’s squad.

Nikola Milenkovic is brilliant from set-pieces and has already scored eight times in the Serie A since last season. Milenkovic also possesses commendable attributes, which include his versatility, strength in the air, tackling skills, and can play at right-back as well which will give cover to Aaron Wan-Bissaka as well.

Milenkovic, with all his traits is a perfect option for Ole who can cease in their defensive woes.

Spurs eyeing Max Aarons, if Aurier were to leave
ZIDANE WAS RIGHT! Gareth Bale’s best days are behind him
To Top