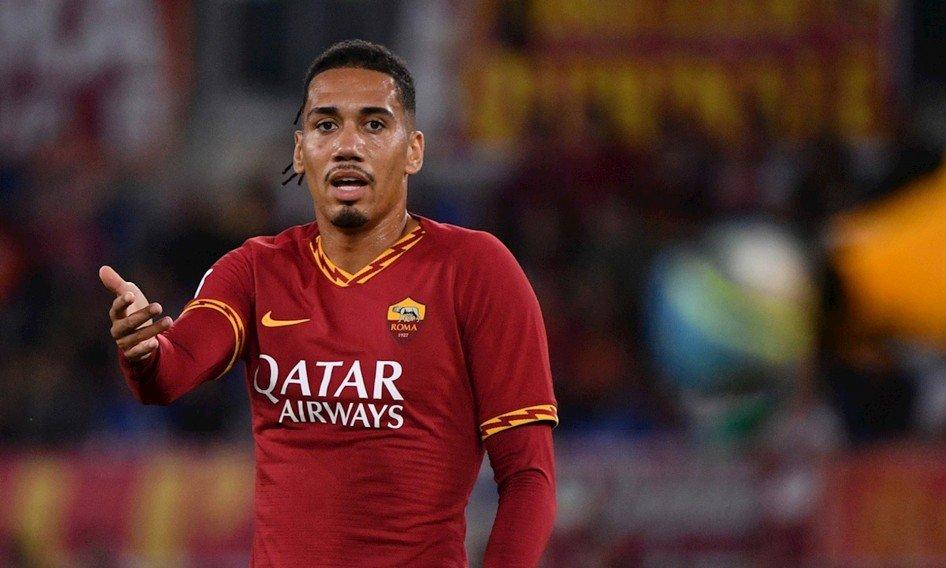 Manchester United defender Chris Smalling have had a successful season long loan spell at Italian club side AS Roma, with the Englishman catching the eyes of the club’s fans and managements.

Smalling’s consistent performances throughout the season has made AS Roma’s head coach to be interested in retaining the services of the United defender for another season.

He was deemed surplus to requirement last season, especially after Harry Maguire was signed from former Premier league Champions’ side Leicester City.

The world record signing for a defender’s arrival led to Chris Smalling’s exit to the Italian side AS Roma on a season long loan contract.

Last season, he amassed 30 league appearances, starting 29 matches and coming off the bench once. He was directly involved in five goals across all Serie A matches.

His performances in Italy had enthralled an interest from Premier league side Newcastle according to Sky Sports, but no formal approach was made by the Toons.

Sky in Italy as now confirmed the report that Chris Smalling is set to join AS Roma on a permanent basis after Manchester United and Roma had a breakthrough in talks.

The agreement between AS Roma and Manchester United for Chris Smalling is now getting closer. Smalling wants to come back. 🔴 @SkySport #Roma #MUFC #ManUtd

Manchester United have been reluctant to let the England international defender leave Old Trafford for another loan spell but due to AS Roma’s insistent in signing the defender, United are now believed to be demanding a transfer fee in the region of £20million.

Still and all, it is now claimed that both clubs have finally concluded on a deal worth £18million plus bonuses for the England international defender.

With the latest progress, United would be willing to reinvest the cash realized from Smalling’s sale to bring in a quality defender who could improve the defense effortlessly, in terms of quality and experience.

The Times says that Manchester United are preparing an offer for RB Leipzig and France international defender Dayot Upamecano, who has continued to be linked to fellow Premier league sides Arsenal and Manchester City.

United are clearly in need of a quality centre-back, as Phil Jones, Eric Bailey, Lindelof and Axel have all failed to match the quality of club captain Harry Maguire.

But with the funds to be realised from AS Roma bound defender Chris Smalling, United would undoubtedly be making a wonderful signing, if they are able to lure the RB Leipzig defender to Old Trafford this summer.