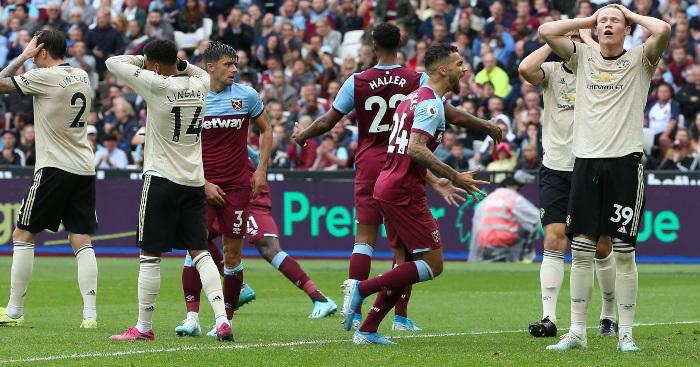 With only 2 wins, out of their 6 Premier League matches, Ole Gunnar Solskjaer’s Manchester United haven’t got a start to the season which they were looking for. A weak performance against League 1 side Rochdale saw their Carabao Cup 3rd round tie, go to penalties, which however they managed to scrape off with a win.

But against Arsenal, this Monday, things are going to be very difficult for Ole and his men. Paul Pogba, who returned to action against Rochdale, is doubtful for the Monday Premier League clash as he picked up a knock. Ole has all but confirmed, that he will be without his 2 striker options, Marcus Rashford and Anthony Martial.

Although the good news on the injury aspects is that first choice left-back Luke Shaw and Timothy Fosu-Mensah, were seen training on Friday.

The lack of attacking options leaves Ole with no choice but to start 17-year old young talent, Mason Greenwood. He has proved himself by scoring goals against Astana, in the Europa League clash and Rochdale, in the Carabao Cup. However, United boss has said that he’d think about starting Greenwood due to his inexperience, this means that we could see Jesse Lingard playing as a Centre- Forward against Arsenal, an opposition against whom he loves to score.

Manchester United will be looking to salvage something from this big Premier League clash. With Arsenal having a weak defence, Manchester United will be looking forward that Daniel James and Andreas Pereira could dismantle the defence with their pace and high work-rates. With Luke Shaw back in training, it looks like he will be involved in the match.

What comes as a melody to the Reds faithful is one of Arsenal captains, Alexandre Lacazette, is ruled out for the match with an ankle injury. However, United will need to be strong defensively, if they are to stop the attacking duo of Pierre-Emerick Aubameyang and new 72-million signing, Nicolas Pepe.

After a below-average start to the season, Solskjær and his United will be looking to turn the tables against Arsenal to regain some confidence and keep their Top 4 chances alive.

Why Arsenal would easily overcome Manchester United
Can Tottenham outplay the mighty Bayern Munich?
To Top