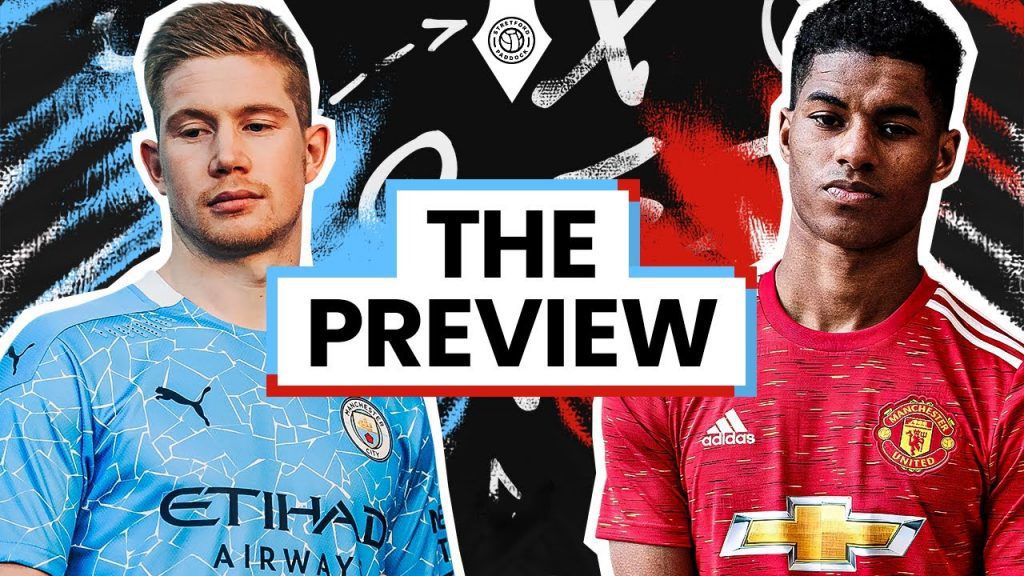 The Red Manchester Blood that was the fae of the entire City in the past has drained to a Sky Blue, and this fixture means more to this Manchester City than any other team. For Manchester United, the trip to the Etihad comes in the Midst of 3 back-to-back goalless draws in all competitions. The trip on Sunday gives United a chance to build on their excellent away record, 21 games unbeaten in away games in the Premier League has been an incredibly impressive record set by Solskjaer, but there are still questions being asked of United on lots of occasions.

Big games are where Man United seemed to struggle the most, in 8 games this season against the traditional Top 6 sides United have scored just once, having scored no goals from open play, 6 of those 8 games were goalless draws, one of which came against Manchester City.

United showed no real effort or ambition to try to win any of those games. That has been the difference between Man City and Man United this season. The ability to win big games, to win the decisive games, while United have been too pessimistic in their approach trying to play it safe, City have gone for the kill in each and every encounter.

But Manchester United are unbeaten against City in their last three Premier League encounters (2W, 1D). If Manchester City fails to score in this fixture it would be the first time in over a Decade that City have gone 3 consecutive games without scoring against their Neighbors.

MUST READ: Should Pep Guardiola bench Kevin De Bruyne for the Manchester derby

United are unbeaten in 5 but 4 of those games were draws, meaning United have dropped 12 points in their last 5 games, leaving them 14 points adrift of leaders City. A 17 point lead would be mean United have given up the title, while a win could see them close that gap to 11 points with 10 more games to come. But United will need to show at least a little bit of courage if they do want to win against City, who rarely seem like they will concede.

Bruno Fernandes has also gone Missing in Big Games, managing just one goal from the Penalty spot in September, but this seems to be a Collective problem and not something that can be solely pinned on the Portuguese magician.

Juan Mata and Pogba are all still unavailable through injury, but Martial and Donny van de Beek could return to the squad, having been absent against Palace.

Victor Lindelof is also expected to return in the heart of the defence after being rested in the 0-0 draw with Palace, while Daniel James could start after an impressive few games.

Edinson Cavani returned from injury at Selhurst Park on Wednesday and will be vital against a strong City backline. Cavani’s experience and strength could cause Stones and Dias problems, especially with the way Cavani makes room for himself in the box. If United can get some quality crosses into the box, Cavani could give them a precious lead in a big game.